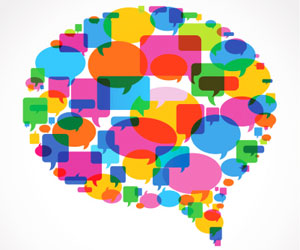 English is increasingly considered to be the global language of business. But people who speak it as a second language are generally passed over for top managerial jobs and executive positions, studies have shown.

New psychological research reveals the factors underlying this glass ceiling. A trio of researchers led by Laura Huang, assistant professor at the University of Pennsylvania’s Wharton School, hypothesized that non-native speakers of English are perceived as having weak political skills — which is considered essential for career success. The scientists suspected that this impression of non-native English speakers impedes them from obtaining executive jobs, as well as venture capital to develop their own businesses.

To test this theory, Huang and her colleagues — business professor Marcia Frideger of Holy Names University and organizational behavioral scientist Jone L. Pearce of University of California, Irvine and the London School of Economics and Political Science — conducted two experiments. In the first, they recruited business students of various ethnic backgrounds and told them their school was helping a company gather feedback on its hiring procedures. The study participants were given a job description for a middle-management marketing director, along with résumés and photos of job candidates.

Participants were then randomly assigned to listen to one of four scripted audio recordings of a male candidate interviewing for the managerial job. Each participant heard a native-born White American, a native-born Asian-American, a Japanese immigrant who spoke English with a Japanese accent, or a Russian immigrant who also spoke with an accent. Identical photos were used for both the Asian-American and Japanese candidates, and for the Russian and native-born White candidates.

After listening to the recording, each participant filled out a questionnaire, judging the applicants on their ability to influence others, sense other people’s motivations, communicate with clients, and collaborate with peers and supervisors, among other skills.  The participants also rated the likelihood that they would recommend hiring the candidate for the management job.

As predicted, the participants rated both the native-born Caucasian- and Asian-American candidates as more likely to be hired than the men with the foreign accents. And compared to the native English speakers, the non-native speakers were rated as weaker on political skill, regardless of their race and their rankings on communication and collaboration abilities.

In the second experiment, the researchers had MBA students rate the skills of entrepreneurs participating in technology pitch competitions. In these contests, entrepreneurs give presentations to panels of investors, who judge these pitches for quality and potential and then award money to the winners.

Huang and her collaborators first collected online videos of pitches from various competitions, and also obtained contest results. They found that the competitors with accented English were significantly less likely to have received new-venture funding.

They then had each of the students recruited for the study view three of the videos, but didn’t tell them whether each of the presenters they watched had won funding or not.

As the researchers expected, participants rated entrepreneurs with non-native accents as less politically adroit than native-accented competitors, no matter how effective they found those presenters to be at communication and collaboration.

The studies strictly focused on perceptions, and don’t indicate whether non-native English speakers actually lack political talents. But in reporting on the study for the Journal of Applied Psychology, Huang and her colleagues say immigrants may indeed face some hurdles in developing those capabilities.

“Being politically skilled involves confidence, an understanding of what others want and value, and how to build networks in particular contexts … knowledge that may be more difficult for immigrants to obtain,” they write.

They also suggest that human resources professionals consider training hiring managers on accent-bias awareness, and encourage executive recruiters and venture capitalists to stop and consider their own attitudes when looking for the best talent and most promising business investments.

I love ur articles I have a question what is a good age to move my kids to USA so they get a good accent and can complete later in jobs market there.

As an immigrant spanish speaking individual in the United States. I have been praised from bosses and coworkers that I speak in an excellent manner which is great to get me to good positions. However, once I got to better positions (or went as I don’t have that position any longer) and speak to executives or CEOs, clearly there’s something I lack as I don’t connect with them as well and I inspire them doubt (in my opinion) I guess as all they can hear is my voice over the phone. because my r’s would sound a little strong here and there, it’s harder for me to do business with more people as them knowing maybe I’m not native born, they shift away. However, other american guys selling with me. They can’t seem to pronounce simple words here and there as well, because of their region accent, but they have that connection, and I’m outsold. It is frustrating. and as I get older. my accent seems to get worse as I age. it sucks… native borns have it good and I see people wasting their time.