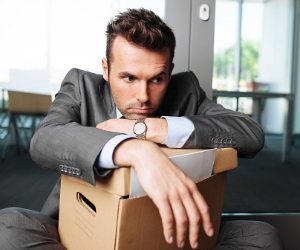 In many situations, it’s not just what you say, but how you say it that matters. In the 2009 movie Up in the Air, George Clooney plays Ryan Bingham, a full-time corporate “downsizer” known for his finesse in firing people. When Ryan starts training a younger colleague on the art of the layoff, his first piece of advice is to never use the word “fired.”

Losing a job is one of the most stressful events that can happen to someone, but does candy-coating the bad news actually help soften the blow?

Led by Manuela Richter and Cornelius J. König, a team of psychologists at Saarland University in Germany recently conducted a series of experiments examining whether there are certain “rules” that managers can follow to minimize the distress of giving—and receiving—bad news at work.

“Managers have to communicate not only organizational downsizing and layoffs, but also negative performance feedback, pay cuts, negative hiring or promotion decisions, or disciplinary warnings,” Richter and colleagues explain. “What all these conversations have in common is the stress they arouse in managers and employees alike: Employees feel threatened by bad news because it impairs their self-esteem and creates uncertainty about their future, and managers feel uncomfortable with their responsibility for giving this news and thus doing harm to the employee.”

In examining the best way to give bad news, the research team identified two important factors: formal facts and fairness.

Research from medical settings has shown that doctors and patients can both benefit when bad news is delivered in clear, factual statements. This helps make it easier for patients to ask relevant questions and gives doctors more confidence in facing these difficult situations.

Using insights from medical settings, the researchers developed specialized training for managers that emphasized using facts (i.e., providing adequate and reasonable explanations of the bad news) and fairness (i.e., treating employees with dignity and actively listening to their responses) during the delivery of bad news.

A group of 75 university students played the role of “managers” that had to lay off an “employee” in a face-to-face role-playing session in the lab. One group of students received no training, another group received training on communicating only the facts of the layoff, and a third group received extensive training in communicating both facts and fairness. A confederate of the researchers played the role of the employee who was being terminated. During the interaction, a lab assistant observed the interaction and rated participants’ ability to effectively break the bad news. After completing the “firing” scripts, the participant, confederate, and observer all rated how satisfied they were with the interaction.

“We found that it is actually fairness that is critical to how the layoff interview is judged,” said Richter. When participants received training only on providing procedural facts, employees were just as dissatisfied about the layoff as those whose managers had received no training at all.

The fairness training emphasized transparency and treating employees with respect, which made the unpleasant experience of getting sacked slightly less awful. Managers who had received fairness training made sure that employees understood that the layoff was not personal—it was because of the company’s difficult economic situation.

Although bad-news training made layoffs less traumatic for employees, managers still found it difficult to deliver the bad news.

“Given the commonness of bad-news conversations between supervisors and their employees, however, much work remains to be done on preparing managers for this challenging task in order to avoid these negative consequences,” the researchers conclude. “Organizational bad-news training that focuses on both delivery and fairness issues in giving bad news seems to be a promising way to minimize harm for all involved.”