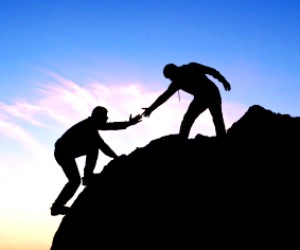 From politics to Hollywood, it’s not always what you know but who you know that gets you the job. The right family contacts have helped generations of well-connected children climb the corporate ladder. But new research from Butler University psychological scientists Margaret Padgett, Robert Padgett, and Kathryn Morris from Butler University concludes that beneficiaries of nepotism pay a price.

“People have negative attitudes toward nepotism and consequently, stigmatize those who benefit from a family connection in the hiring process,” the researchers write in the Journal of Business and Psychology.

In the first study, they analyzed a sample of 191 MBA students. For the experiment, participants were told to imagine themselves as employees at a bank about to hire a new manager, their future boss. They were given a packet of hiring materials for three applicants under consideration for the position. The packet included a realistic job description for the managerial position, résumés for each candidate, an evaluation of each candidate’s relevant job experience, and the acceptance or rejection letter sent to each of the three applicants.

The information provided about two of the candidates was the same in every condition: An underqualified candidate that did not even meet the minimum qualifications for the position, and an applicant who was a “strong” contender, though not outstanding.

The qualifications of the third candidate—who was actually hired—varied across three conditions; he was either more, equally, or less qualified than the “strong” candidate. Additionally, half of the participants had information in their packets noting that the new hire was the bank vice-president’s son.

After reading through the hiring materials, each participant then completed a questionnaire where they assessed their new supervisor on competence, luck, political skill, and ability.

The results showed that nepotism carried a strong stigma; regardless of their stated qualifications, the nepotism hires were always rated as less competent than the new hires who didn’t have a family connection to the bank.

Essentially, people attributed the success of nepotism hires to their lucky circumstances and chummy relationship with management over more substantial factors like ability and effort.

In a second study, the researchers also looked at whether gender influenced the stigma of nepotism. As in the first experiment, college students completed an evaluation of job candidates who varied on their qualifications and whether they had a family connection to the organization’s executives. This time, half of the participants were male and half were female. All applicants in the male condition had typically male names (e.g., Kevin) and all applicants in the female condition had typically female names (e.g., Karen).

As in the previous study, those who benefitted from a family connection—regardless of their gender—were perceived as having less management potential compared to the merit hires.

“We found that nepotism hires were seen as possessing fewer of the characteristics that people typically associate with successful managers and thus, are likely to be viewed as having less management potential than merit hires,” says Padgett and colleagues.

The results of these two studies suggest that organizations should be cautious about hiring family members, even very qualified ones.

The researchers note that the bias against nepotism may actually make it harder for family-member hires to do their jobs: “While the family connection may provide them with an advantage during the hiring process, the negative perceptions of them that it engenders may also make it harder for them to perform effectively and thus, hinder their chances for future advancement.”

Applicants who ultimately choose to use their family connections to help them get a job may want to make an effort to ensure that those they work with have accurate information about their qualifications for the position — some research suggests that underscoring their qualifications may reduce some of the negative perceptions that others have of them.