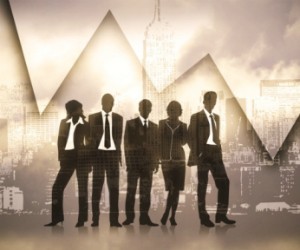 According to rulings from the U.S. Supreme Court, corporations are people, at least when it comes to certain legal rights such as free speech. While corporations may be people in the eyes of the law, a team of psychological scientists recently investigated whether corporations also register as people in the brain.

“Little is known about how our brains process information about collective units such as corporations,” the researchers write in the journal Social Neuroscience. “As an organization comes to form an identity, a question arises: are corporations and their actions regarded as social beings or as inanimate objects?”

Plitt and colleagues hypothesized that not only would participants rate the actions of corporations and individuals similarly, but they would also show similar neural responses to both.

Using functional magnetic resonance imaging (fMRI), the researchers scanned activity in the brains of 42 participants as they reviewed vignettes about corporations, individual people, and objects. Each of the vignettes described either a positive action (e.g. donating to charity), a negative action (e.g. cheating on taxes), or a neutral action (e.g., buying a printer). After each vignette, participants chose one word out of a list of eight major emotions that best described their response to the scenario.

“We found that the networks that underlie our ability to understand the actions of companies and people substantially overlap,” the researchers conclude. “That is, corporations are neurally represented as social beings rather than inanimate objects.”

Another recent study, from researchers Tage S. Rai and Daniel Diermeier of the Kellogg School of Management and Northwestern University, helps explain why companies were judged more harshly than individuals.

Previous research has shown that when humans are perceived to have more agency—the ability to make their own decisions and act on them—they receive more blame for their actions. However, when people are perceived as experiencing feelings like pain or hunger, they tend to elicit more sympathy.

“Across four experiments and a pilot study, we demonstrated that companies are seen as being capable of ‘thinking’, but not ‘feeling’, and as a result, they elicit anger for their transgressions, but fail to elicit sympathy as victims,” Rai and Diermeier write in the journal Organizational Behavior and Human Decision Processes.

As predicted, individuals garnered higher levels of sympathy compared to companies, due in part to individuals being seen as more capable of experiencing pain and suffering.

Although more research is needed to better understand the cognitive processes underlying moral judgments of groups and individuals, these findings are a first step toward understanding how our brains process information about collective units like corporations.

News > Minds at Work > Are Corporations People, Too? Your Brain Seems to Process Them That Way