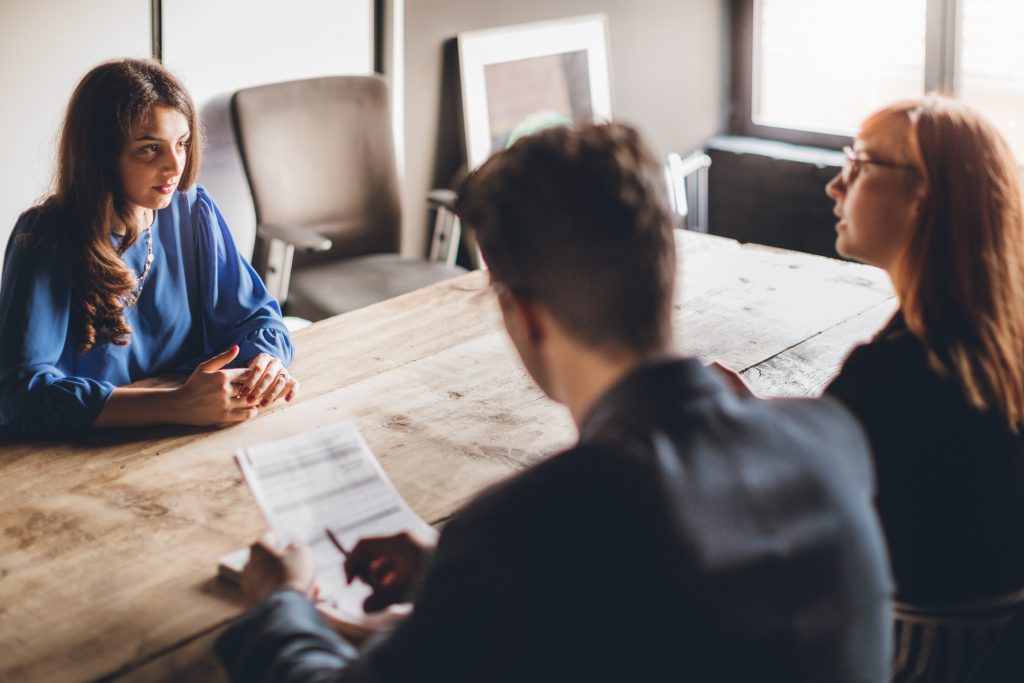 Over the last few years, some of the biggest corporate names have been pulled into court over allegations of gender discrimination. Microsoft, Nike, Spotify, and Google are all facing lawsuits from female employees, whose complaints range from being paid less than their male colleagues to being repeatedly passed over for promotions.

The plaintiffs represent just a fraction of women who experience slights and inequities on the job. According to a 2017 survey by the Pew Research Center, 42% of employed women said they had experienced some form of general discrimination at work, including being treated as incompetent, earning less than men, being denied promotions, and being passed over for the most important assignments.

Science offers some clues as to why the stereotypes and biases that benefit men over women in the professional world continue to endure. Duke University researchers in 2017 reported findings indicating that people associate creative thinking with stereotypical masculine qualities. In a 2008 lab study out of Yale University, observers conferred higher status to men who expressed anger in a simulated office setting while conferring lower status—and lower wages—to women showing the same emotion. And Princeton University researchers recently showed that people tend to associate masculine-looking faces with competence.

What’s more, research has revealed that even women recruiters show a bias in favor male candidates.

Recent findings from an international team of psychological scientists suggest that there may be a way to minimize the impact that gender bias can have on women’s career growth. Under the leadership of psychological scientist Monica Rubini at the University of Bologna in Italy, the researchers found that women may be evaluated more equitably when they are assessed by both men and women.

The scientists focused on how evaluators judge employees in three domains—competence, morality, and sociability. Prior research showed that recruiters and managers, when deciding to hire or promote employees, tend to evaluate female candidates on all those dimensions but only look for competence in male candidates. In other words, women have to meet more criteria than men do to advance in their careers, and they’re already at an disadvantage given that women are generally stereotyped as nice but incompetent, as a large body of social psychology studies has demonstrated.

For their investigation, Rubini and colleagues analyzed 108 written performance appraisals for employees who were eligible for promotions at an Italian organization. Roughly half of those employees were women. Each worker’s performance had been observed during the previous 6 months by a committee composed of two supervisors trained in personnel evaluation. The committees varied between same-sex and mixed-gender pairs.

Independent judges then analyzed the terms that each committee used to refer to employees’ competence, sociability, and morality in the performance evaluations. Examples of competence references ranged from skilled to disorganized, while open, friendly, or introverted were among the terms related to sociability. Morality descriptions ranged from reliable to disrespectful.

“These findings suggest that having a mixed-gender committee in charge of appraisal is in fact likely to result in more balanced evaluations of male and female candidates,” the researchers write in reporting their findings.

The scientists offer a few possible explanations for the results. Managers, for example, may simply become more aware of potential gender biases when they’re making employment decisions with a member of the opposite sex.

The researchers recommend further research with different types of organizations and job positions. And they note that they have yet to examine how these forms of performance assessment actually relate to career outcomes.

But their findings provide one step toward remedying workplace gender bias—and achieving the equal opportunities that remain so elusive.

Leading While Female: Prepare for Backlash

Women leaders who show dominance may face backlash — but data suggest that implicit forms of dominance, such as body language or facial expressions, may not harm women’s status.