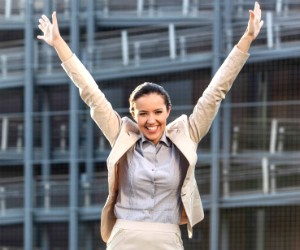 For most jobseekers, the job hunt is no picnic — disappointment, rejection, and desperation seem to have become hallmarks of the typical job search. It’s common to hear stories of job hunters who have submitted hundreds of applications before getting a single interview.

No one will argue that looking for a new job isn’t stressful, but new research finds that the way people manage and channel this stress could have a big impact on their ultimate success.

Psychological scientists Serge da Motta Veiga from Lehigh University and Daniel Turban of the University of Missouri found that people who viewed their job hunt as an opportunity to learn may increase their odds of successfully landing a job.

The researchers spent 3 months tracking a group of 120 college seniors just getting ready to hit the job market for the first time. While on the search for full-time employment, students completed surveys every other week assessing their levels of stress, mood, and job search activities.

While we may tend to think of stress as bad thing, that’s not always the case. Given the right circumstances, a moderate amount of stress can actually help motivate people to accomplish their goals. The researchers hypothesized that an attitude focused on learning—known as a learning goal orientation (LGO)—would help jobseekers deal with rejection and stress in ways that actually helped them accomplish their goals.

While the students high in LGO were dealing with the same kind of stress as students low in LGO, they showed big differences in how they responded to stress and rejection. As expected, regardless of whether their job search was stressful and frustrating or going well, students high in LGO tended to maintain a productive job search strategy.

People lower in LGO may see a lack of progress as a sign of personal failure, tempting them to give up trying altogether. In contrast, da Motta Veiga and Turban found that people high in LGO are more likely to react to disappointment by working harder and finding new ways to tackle problems, ultimately helping them maintain the motivation necessary to succeed.

“Because individuals with higher learning goal orientation see ability as something that can be developed, they are likely to respond to adverse events with increased effort following perceived failure,” da Motta Veiga and Turban write in the journal Organizational Behavior and Human Decision Processes.

This study did not track the students’ ultimate success in getting hired. However, previous research has demonstrated that the perseverance shown by individuals high in LGO can result in real-world payoffs in the job market.

Another study looking at 245 unemployed adult job seekers led by Gera Noordzij of Erasmus University Rotterdam found that not only did high learning orientation help people land a job, it was also something that could be effectively taught.

One group of unemployed adults received training in developing a learning-goal orientation, while another group received a standard employment training.

Rather than viewing rejection as an insurmountable problem, LGO training helped jobseekers see it as something that they could successfully learn from. This, in turn, led them to better manage stress and resulted in higher rates of reemployment compared to the comparison group.

“Job seekers, who think they can learn from failure and who are more aware of different strategies, were found to be more likely to plan job-search activities, resulting in higher probabilities to find a job,” they conclude in the journal Personnel Psychology.