News > Full Frontal Psychology > Roots of Self-Sabotage: Seduced By the ‘Devil We Know’

The human mind is irrational, and this irrationality can be quirky and entertaining. But all too often our quirkiness crosses the line into perversion. We make self-destructive decisions when we should know better, and choose options that are (seemingly) designed to sabotage our hopes and end up in failure and unhappiness. Why would we do this? 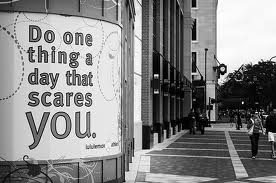 There are obviously many and complex reasons for bad decisions, but in recent years, psychological scientists have been focusing on human thinking—flawed human thinking—as one source of self-sabotage. This is not as obvious as it sounds: It appears that our thinking and decision making are much more automated than previously thought, and that many of our rapid and automatic thoughts are fraught with danger. These automatic judgments are the product of our so-called heuristic brain, and scientists are only beginning to reveal how pervasive and destructive they can be. Here’s an example:

We all favor the familiar over the unfamiliar. Things that are strange or foreign—people, places, ideas—may carry unknown risks, so on a gut level we equate familiarity with safety and well-being. Indeed, the familiarity heuristic is one of the most potent cognitive biases at work in the mind, and much of the time this bias serves us well.

But not all the time, and there’s the rub. Stanford University psychological scientist Ab Litt and his colleagues suspected that this powerful bias for what’s known might lead us into unfortunate choices. They suspected furthermore that we are more apt to rely on these automatic judgments when we’re under pressure, and that bad choices increase the stress, leading to a perverse cycle of poor decisions. Here’s how they tested this idea in the laboratory.

The scientists recruited a large group of men and women from an on-line pool to work on a difficult word puzzle, with the prospect that they could win some money by doing well.  Some of the volunteers were told that they could take as long as they wished to complete the puzzle, while others were told that they only had four minutes to complete the task. In other words, some were working under pressure, others not. Then all of them got to choose between two puzzles, one short and one long. The only other information the volunteers got was this: The shorter puzzle had been designed by a stranger, while the longer puzzle was the work of someone familiar to the puzzlers.

Litt and his colleagues had basically created a situation where all objective evidence argued against choosing the longer task. In fact, it was obvious: If they wanted to succeed, they should choose the shorter puzzle task, regardless of who designed it. Yet they didn’t. Perversely, the volunteers who were under time pressure were more likely to choose the puzzle associated with a known person, even though it would clearly take more time—and thus lead to more stress and likely to failure. Those who were working at a leisurely pace made the sensible—and less self-destructive—choice that favored their success. 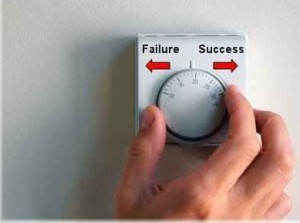 It should be noted that the “familiarity” under these laboratory conditions was incidental and superficial at best. The volunteers had no real reason to trust one puzzle maker over another. Their preference was completely illogical. Yet when the scientists asked the volunteers about their choices, those were the kinds of rationales they cited: As reported on-line in the journal Psychological Science, volunteers said their puzzle choice felt like the “safer” decision. It was “less risky” and offered a better chance of success. And, perhaps most telling, the self-destructive puzzlers said their decision felt right down in their “gut.”

Clearly, these gut feelings are untrustworthy. Not only is familiarity a maladaptive guide to what’s beneficial, it can lead to choices that actually exacerbate stress—increasing the likelihood of more poor judgments, and then more, in a destructive cycle of self-defeating actions.

Wray Herbert’s book, On Second Thought: Outsmarting Your Mind’s Hard-Wired Habits, is an in-depth look at the heuristic mind, including the familiarity heuristic. Excerpts from his two blogs—“We’re Only Human” and “Full Frontal Psychology”—appear regularly in The Huffington Post and in Scientific American Mind.

News > Full Frontal Psychology > Roots of Self-Sabotage: Seduced By the ‘Devil We Know’

This type of research can enable people to be trained to reduce errors in critical situations by not falling prey to these little foibles and flaws in the way the human mind typically functions. The heuristics, short cuts in human reasoning and decision-making, probably had a beneficial effect in many situations in evolutionary history. For example they may speed up a individual’s decision apparatus when a rapid decision is critical or when any decision is better than no decision. Never-the-less in modern competitive and survival situations, a well-trained individuals should be able to outperform those relying on intuitive guesses or gut reflexes.

I wanted to mention however that for a leader, making counter-heuristic decisions can be dangerous. If your reasoning, as leader, runs counter to the group’s heuristic reasoning, you could lose your support. Maybe the historic evolutionary advantage of programming some heuristics into the “heuristic-brain” is that is helps shape group cohesion and group cooperation. Sometimes an optimal decision may be less important than group unity.

Our first impressions of the personality traits of people we’ve just met may depend on their body shape.

Interventions to reduce unwanted behaviors often focus on retraining people’s mental associations, but showing people the consequences of the behaviors may be more effective.