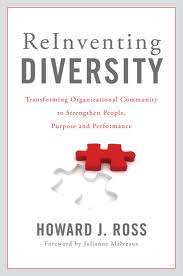 Howard Ross is a frequent flyer, and a few years back he conducted this simple experiment. He went through airport security one hundred times, and on half of those occasions he dressed in business attire. For the other half, he dressed casually—jeans and polo shirts. Because of a knee replacement, Ross must be scanned with a wand every time he goes through security, and he took advantage of this fact. He recorded exactly how long it took him to get though this personal screening on these one hundred occasions. He wanted to see if Howard Ross the businessman was being treated any differently than Howard Ross the casual traveler.

The results were dramatic. Over the year and the one hundred trials, it took him on average 47 percent longer to get through security when he was dressed casually. Ross concedes that this was not the most rigorous of scientific studies, but the findings nonetheless raise important questions: Do security people deliberately take longer to check out travelers in jeans, and if so, why? Because they seem more threatening? Are casual travelers in fact more dangerous? Are men in suits and ties less threatening?

Ross is a diversity expert, and he relates this story, in his book ReInventing Diversity, as an example of common, everyday bias. Bias is a tricky concept, because it has two, almost opposite meanings. On the one hand, we generally think of bias as conscious, unfair—and usually illegal—attitudes and actions toward members of a group—blacks, women, the disabled. This is the pejorative kind of bias—or discrimination—that the Equal Employment Opportunity laws were designed to eradicate—the illegal kind that businesses typically hire diversity experts to address.

But according to Ross, there is another, much more insidious kind of bias at work. This is the automatic, mostly unconscious bias that shapes human thinking, decisions and judgment in profound ways. These rapid, heuristic biases toward “the other” are basic survival strategies, rooted in fear, and as such they are much more difficult to eradicate—perhaps impossible. Everybody is biased against someone, Ross maintains; such implicit bias is not good or bad, it’s simply psychological reality. And any organizational diversity effort that fails to acknowledge this deep cognitive bias is likely to fail.

These ideas from cognitive psychology form the core of Ross’s argument, and his prescriptions for effectively addressing diversity and inclusion issues in the workplace. Explicit, illegal bias can and must be addressed directly, and eradicated, but eradication won’t work with ingrained, irrational thinking. Instead, unconscious bias must be managed by honestly owning up to fear-based biases and scrutinizing the real ways these biases affect decision making. Ross recommends tools from psychological science, such as the Implicit Association Test, to help individuals and managers illuminate their own hidden group preferences—and begin defusing their potency.

Wray Herbert’s book, On Second Thought, is about irrational biases in human thinking. Excerpts from his two blogs—“Full Frontal Psychology” and “We’re Only Human”—appear regularly in The Huffington Post and Scientific American Mind.