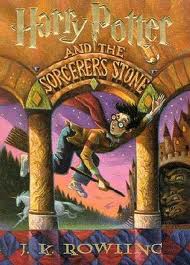 I read Harry Potter and the Sorcerer’s Stone aloud to my youngest son, when he was about nine years old. We read every morning on the couch in the family room, while we waited for the school bus to arrive. I can recall watching his face as I narrated the young wizard’s adventures—and wondering how he was experiencing the magical world of Hogwarts. I wanted him to get lost in the world of wizardry, to feel Harry’s sense of wonder and fear the menacing Lord Voldemort’s power.

Being transported away to fictional worlds is one of the joys of life, an experience so common that we rarely stop to ask why it’s so. Why do we even have this kind of other-worldly experience? What is going on in the mind when we really identify with a pirate or wizard or elf or vampire? Is there any psychological benefit in this kind of immersion, beyond pure pleasure—and escape from the rigors of homework?

Psychological scientist Shira Gabriel of the University of Buffalo has been asking these questions, and figuring ways of answering them in the laboratory. She and graduate student Ariana Young were wondering if narrative fiction might bolster our sense of belonging—fulfilling the basic human need to connect to something larger than the self. In order to derive the benefits of belonging, they speculated further, one must actually assimilate into the imaginary group—much as one would with an actual social group. They decided to test whether such assimilation does indeed take place—and if so, whether it really does convey emotional benefits.

They recruited a group of young men and women on the pretense that they were studying responses to books and movies. Some of the volunteers read for about half an hour from Harry Potter and the Sorcerer’s Stone, while others read from the vampire story Twilight. What Gabriel and Young were really observing were the volunteers’ unconscious connections between themselves and either wizards or vampires. The volunteers very rapidly categorized words, including wand, myself, potions, blood, fangs, theirs, broomstick. You get the idea: The more rapidly they linked self words with wizard words (or vampire words), the stronger their sense of being meaningfully connected to that world.

The scientists also measured group assimilation in a more explicit way, with questions about the volunteers’ own vampire-like (or wizard-like) traits. For vampires: “Compared to the average person, how high do you think you could jump?” “How long could you go without sleep?” “How sharp are your teeth?” Or for wizard identity: “Do you think, if you tried really hard, you might be able to make an object move just using the power of your mind?” “Do you think you might ever be able to make yourself disappear and reappear somewhere else?”

They also measured how strongly the volunteers tended to identify with groups in general, and they assessed their mood and general satisfaction with life. Then they crunched all the data together.

As reported in a forthcoming issue of the journal Psychological Science, the Harry Potter readers identified more strongly with wizards, and the Twilight readers with vampires—on both conscious and unconscious measures. They had in a sense “become” wizards and vampires. Just as important, the volunteers who generally used social groups to fulfill their need for human connection were the ones who most strongly assimilated into their fictional world—suggesting that such “joining” is psychologically meaningful. Indeed, those who identified most with their imaginary group were also more satisfied with life and had higher spirits.

So people read in order to belong, because belonging feels good. This finding complements and illuminates earlier work, which showed that narrative can alleviate loneliness. It has not been clear until now just how stories had this tonic effect. This study suggests that the adventures of wizards and vampires provide a collective identity that’s easy to assume and emotionally rewarding. As the late great fantasy writer C.S. Lewis wrote: “We read to know we are not alone.”

Wray Herbert’s book, On Second Thought, is about irrational thinking. Excerpts from his two blogs—“Full Frontal Psychology” and “We’re Only Human”—appear regularly in Scientific American Mind and The Huffington Post.

Caring for Others Can Bring Benefits

Thinking of Loved Ones Lessens Our Need to “Reconnect” Through Anthropomorphism

Reminding people of their close relationships can reduce their tendency to anthropomorphize objects as a way of feeling socially connected.