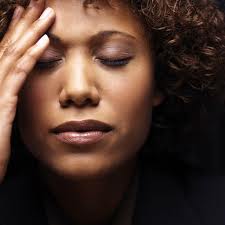 Scientists and doctors have been studying placebos for more than half a century. These inert “sugar pills” remain highly controversial, yet they are widely used in clinical treatment today—especially in the area of pain management. So-called “placebo analgesia” has been observed again and again not only in the pain clinic, but also in the neuroscience lab, where scientists have documented a placebo response in the brain’s pain pathways.

Despite this evidence, nobody really understands the psychological processes involved in placebo analgesia. Presumably the power of these inert substances has something to do with the expectation of relief, but how do expectations translate into basic cognitive processes, like attention and thought? One possibility is that when sufferers expect relief, they are able to redirect their attention away from their pain, creating an analgesic effect. If that’s the case, then expectation itself might actually act as an agent of cognitive control, and the mind’s executive powers might be the link between expectation and relief. Imaging studies have revealed placebo-related activity in a brain region involved in executive function—bolstering this theory.

But this brain imaging evidence is merely suggestive, and the theory has never been tested directly. A team of psychological scientists, headed up by Jason Buhle of Columbia University, decided to investigate this explanation for placebo analgesia. The brain has a limited supply of cognitive power, so if indeed placebo analgesia requires executive attention, then performance on a demanding cognitive task should interfere with pain relief from a placebo, and vice versa. One kind of executive power is working memory, and in previous work Buhle and colleagues have shown that performing a difficult working memory task itself reduces pain, presumably by distracting sufferers. So in a new experiment, they tested whether this same cognitive task interferes with the relief offered by a placebo drug, as one would expect if they are using the same cognitive mechanisms. If not, then the evidence would suggest that sugar pills and distraction have independent analgesic effects.

To sort this out, they had volunteers perform a demanding test of executive attention and working memory in the laboratory. They also independently administered a drug placebo, and they measured the volunteers’ relief from painful heat—both independent and interactive effects. As reported on-line in the journal Psychological Science, they found that both the placebo and the memory task reduced pain substantially—but independently of one another. What’s more, the placebo did not affect performance on the cognitive task. Together, these findings indicate that placebos do not require executive attention and working memory to be effective. In other words, it’s highly unlikely that expectations bring relief by altering cognitive function.

So how do they work? It’s not entirely clear, but the scientists need to reconcile these new findings with an intriguing clinical observation: Patients with Alzheimer’s disease don’t get the same pain relief from placebos that most of us do. Yet Alzheimer’s patients typically have frontal lobe atrophy and profound executive dysfunction, so aren’t the new findings contradictory? Not necessarily, Buhle says: It’s possible that impairments in other cognitive processes, such as long-term memory, make it hard for Alzheimer’s patients to recall the kind of information that’s needed to form meaningful expectations about pain.

For the rest of us, expectations may work in some way that does not involve executive function, perhaps by relieving anxiety or by somehow releasing the brain’s natural opiates. The new findings have important implications for pain patients. If placebo analgesia and distraction-related analgesia are completely independent, and do not compete for limited cognitive resources, then the two types of treatment provide separate routes to pain relief—and might be combined to maximize pain relief without overusing drugs.

Wray Herbert’s book, On Second Thought, is available in bookstores. Excerpts from his two blogs—“Full Frontal Psychology” and “We’re Only Human”—appear regularly in The Huffington Post and in Scientific American Mind.