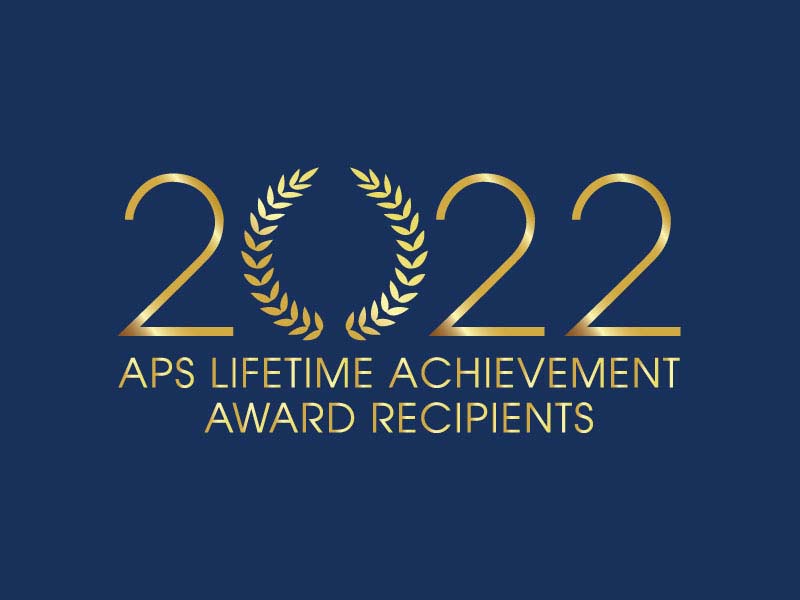 “Each year, APS has the honor of recognizing some of the most accomplished psychological scientists in the world,” said APS Executive Director Robert Gropp.  “We congratulate our 2022 Lifetime Achievement Award winners and applaud their important contributions to research, mentoring, scholarship, and academic achievement.”

These individuals will be recognized in a special awards ceremony at the 2022 APS Annual Convention in Chicago.

The APS James McKeen Cattell Fellow Award recognizes APS members for a lifetime of outstanding contributions to the area of applied psychological research. Recipients must be APS members whose research addresses a critical problem in society at large.

The APS Mentor Award recognizes psychology researchers and educators who have shaped the future directions of science by fostering the careers of students and colleagues.

The APS James S. Jackson Lifetime Achievement Award for Transformative Scholarship honors APS Members for their lifetime of outstanding psychological research that advances understanding of historically disadvantaged racial and ethnic groups and/or understanding of the psychological and societal benefits of racial/ethnic diversity, equity, and inclusion.