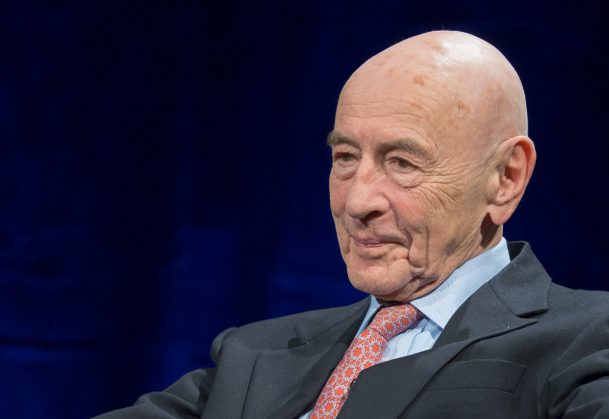 APS Past President Walter Mischel’s studies on children’s self-control are classics in the field of psychological research, and he reflects on his storied career and other aspects of his life for an Inside the Psychologist’s Studio interview.

Mischel was interviewed for the APS video series by APS Past President Mahzarin R. Banaji in March during the International Convention of Psychological Science (ICPS) in Vienna, Austria. The interview was recorded before a live audience.

In addition to discussing the details of his research, Mischel talks about growing up in Vienna and later in Brooklyn, N.Y., how his children inspired some of his most important work, and the significance of his being honored in 2015 with the congressionally endorsed Golden Goose Award recognizing studies that have led to major societal impact.

Publications > Observer > Observations > Inside the Psychologist’s Studio with Walter Mischel

Walter Mischel has been will always be a source of inspiration for me and many thousands of psychologists.

I have read and cited Walter Mischel’s work throughout my career. His innovative approach to understanding personality certainly helped me develop my own work.

A conversation on loss and trauma with George Bonanno and Lisa Feldman Barrett. More