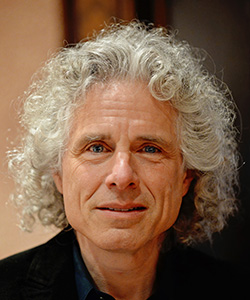 Steven Pinker is widely regarded as one of the world’s most influential scientific scholars. His work has spanned visual cognition, children’s language development, the neural bases of words and grammar, and the psychology of cooperation and communication. And in a new installment of Inside the Psychologist’s Studio, Pinker reflects on his storied career in psychological science. The interview with psychiatrist and author Sally Satel was recorded live at the 2015 APS Annual Convention in New York City.

It is always a pleasure to hear from Dr. Pinker. He is broad-minded and speaks to the heart of the matter about psychology. I have to make this comment….He looks like Mozart! No kidding! I’m nearly finished writing my proposal and the advice he gave came in handy. Thank you and I hope to someday meet him in person.

Gleitman’s empirical work helped to unravel the mysteries of how children learn language.

A Charter Member of APS, Bower served as President from 1991-1993 and was a longtime psychology professor at Stanford University.