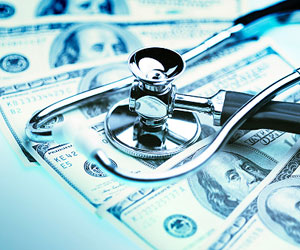 Researcher Lamar Pierce, associate professor of strategy at Olin Business School at Washington University in St. Louis, and doctoral candidate Timothy Gubler found that an employee’s decision to contribute to a 401(k) retirement plan predicted whether he or she would act to correct poor physical health indicators that were revealed during an employer-sponsored health examination.

“Those who save for the future by contributing to a 401(k) improved abnormal health test results and poor health behaviors approximately 27 percent more than non-contributors.”

Using personnel and health data from eight industrial laundry locations in multiple states, Gubler and Pierce were able to look at employees who contributed to their company 401(k) plans and those who did not and compare them on the extent to which they seemed to change their behavior in order to address a health risk.

Employees were given an initial health screening and were told of the results, which were also sent to their personal physicians. Screening results showed that 97% of the employees had at least one abnormal blood test and 25% had at least one severely abnormal finding. The employees were also given information on risky health behaviors and anticipated future health risks.

The researchers then followed the laundry workers for two years to see how they attempted to improve their health, and if any changes they made were tied to financial planning habits.

After controlling for differences in initial health, demographics, and job type, the researchers found that retirement savings and health improvement behaviors were highly correlated.

Study participants who had previously chosen to save for the future through 401(k) contributions improved their health significantly more than non-contributors, showing improvements on tests for blood glucose and cholesterol, for example. Contributors showed these positive changes despite the fact that there were few health differences between contributors and non-contributors prior to program implementation.

While they could not measure time discounting directly as the main underlying factor driving both health-related behavior and financial planning, Gubler and Pierce point out that the results are not accounted for by other factors,  such as how conscientious the participants were, whether they took professional advice, the extent of their financial need, or their life expectancy.

“Our analysis suggests that the same underlying psychological factors that are linked to retirement planning also predict health-improvement behaviors,” the researchers conclude.