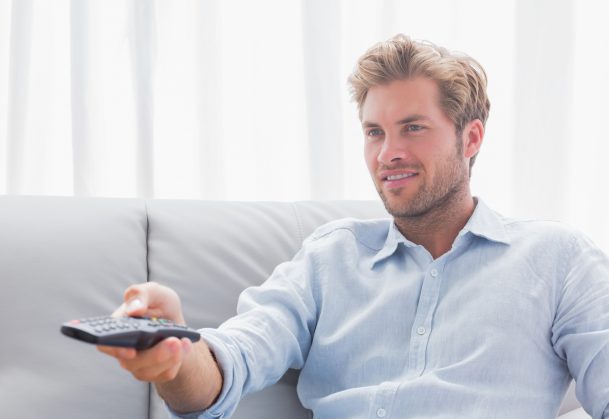 Top television entertainers like Jeffrey Tambor, Jeremy Piven, and Louis CK have been accused of sexually harassing women in what has become a firestorm of revelations about sexual misconduct in the arts (not to mention the news media, business, and politics). A recent psychological study suggests that the very medium in which the aforementioned celebrities appear may play a role in sexual harassment in general.

The research, conducted in Italy, suggests that television programming that objectifies and degrades women may spur men into engaging in harassing behavior. University of Padova psychological scientists, including APS Fellow Anne Maass, recruited 141 men, ranging in age from 18 to 48, and told them, as a cover story, that they were being tested on their short-term memory of TV images. The men then watched clips from three real Italian TV programs, one depicting silent, passive, or suggestively dressed women, the other showing successful women in domains such as science and business, and a third nature video that showed no people at all. Next, the men participated in computer chats in which they would exchange pre-selected jokes with women partners (who were in fact fictitious).  Half the jokes depicted women in offensive or degrading ways.

The researchers then used measures to assess the men’s gender harassing proclivity and attitudes. These tools included the Likelihood to Sexually Harass (LSH) Scale developed in the 1980s by APS Fellow John B. Pryor of Illinois State University. In this scale, men are asked to imagine themselves in situations in which they have a chance to sexually exploit women (e.g. offer to hire them in exchange for sexual favors) without concerns for possible reprisals. The men are asked the rate the likelihood of their actually taking advantage of that opportunity.

Across a series of studies, Pryor found relationships between LSH and a variety of attitudinal and personality traits. He found that men high in LSH tend to hold adversarial beliefs about sex, lack empathy, endorse traditional male sex role stereotypes, and exhibit tendencies toward dominance or authoritarianism. And in lab studies, he showed that high-LSH men behaved in sexually harassing ways toward confederate women.

As the University of Padova researchers predicted in their study, men reported a higher intention to engage in sexual coercion, were more likely to send sexist or degrading jokes to a female chat-line partner, and regarded the unseen female chat partners as less competent after watching an objectifying TV clip compared to the other videos.

The scientists took this study a step further and recruited a new sample of men under the same cover story as the first experiment. After watching the same types of videos as in the first phase of the study. These men responded to a questionnaire designed to measure their endorsement of traditional masculine ideology about sex, dominance, and aggression. This time, the scientists found that exposure to the objectifying TV clips increased participants’ conformity to traditional masculinity concepts.

“These conceptions go beyond harassment by men but involve society at large,” the researchers stated, “including responsibilities of women and men to promote a different set of values.”