The Wall Street Journal: Downing a bitter drink makes people more likely to express moral disapproval, according to a new study. Researchers had 57 undergraduates rate their moral distaste for several arguably distasteful acts, including a politician accepting bribes, someone shoplifting, two second cousins sleeping together, and a man eating More

The New York Times: The nice thing about being human is that you never need to feel lonely. Human beings are engaged every second in all sorts of silent conversations — with the living and the dead, the near and the far. Researchers have been looking into these subtle paraconversations More

I was once asked to explain why I love being a psychologist. First, I don’t think there is a better way to be trained in science. The difficulties of studying behavior have made us sophisticated about experimental design and statistical analysis. The results of our work impact the lives of More

The pleasure evoked by food attracts both scientists and artists. In the Presidential Symposium at the upcoming APS Convention in May, experts from both worlds will share their insights about why we love spices. Here, I’ll trace what we know about the story of spice, highlighting the roles of our More

Visions of sugarplums: The psychology of holiday temptation

Americans typically gain a pound between Thanksgiving and New Year’s Day. That may not sound like much to worry about, but the problem is that we don’t lose that pound once the holiday season ends. Instead, we accumulate a pound per season, year after year, for 10, 15, 20 years More 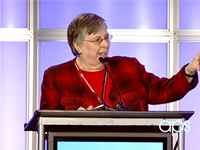 How the Mind Perceives Taste You might call the Presidential Symposium at the APS 22nd Annual Convention a three-course meal. As an appetizer, the audience ate lemons and strawberries as part of a test on flavor enhancement. For a main dish, an entrée of experts, from research psychologists to food More