With APS Board Member Varda Shoham’s unexpected death on March 18, 2014, we lost an influential advocate for psychological science. During her prolific career spanning over 30 years, Varda devoted her boundless energy and intellect to shaping a rigorous science of clinical psychology. With colleagues and friends, as well as More

The Search for Psychology’s Lost Boy

The Chronicle of Higher Education: The grainy, black-and-white footage, filmed in 1919 and 1920, documents what has become a classic psychology experiment, described again and again in articles and books. The idea is that the baby was conditioned to be afraid, instilled with a phobia of all things furry. The man More

Fifty years ago today, a young woman was killed walking home from work in a quiet neighborhood of Queens, New York. Over the span of an excruciating half hour, she cried out for help as her killer maimed and stabbed her. And though there were people around who heard her More 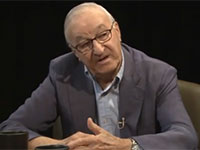 Inside the Psychologist’s Studio: Albert Bandura

Albert Bandura, who has received both the APS William James Fellow Award and the APS James McKeen Cattell Fellow Award, is one of the most influential psychological scientists in history. Bandura was trained as a learning theorist, but when he arrived at Stanford University in 1953, a year after receiving More

Dan Wegner was many things — a psychologist, a colleague, and a dear friend. But of all the things he was, inventor was first and foremost. No matter how wrinkled and flabby the two of us became over the three decades that we spent in each other’s company, I could More

What We Know Now: How Psychological Science Has Changed Over a Quarter Century

This article is part of a series commemorating APS’s 25th anniversary in 2013. Psychological science has experienced an unprecedented period of growth and advancement during the last 25 years. Since APS was formed in 1988, many disciplines within the field have flourished and expanded. And entire new sub-disciplines, areas of More