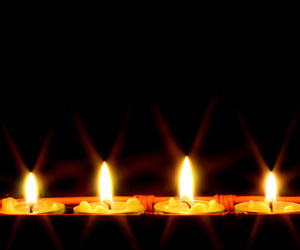 Fifty years ago today, a young woman was killed walking home from work in a quiet neighborhood of Queens, New York. Over the span of an excruciating half hour, she cried out for help as her killer maimed and stabbed her. And though there were people around who heard her calls, no one came to her aid and the police weren’t notified until it was too late.

This is the story of Kitty Genovese’s death, perhaps the most well-known parable in psychology to emerge in the last century. Her tragic death in the early hours of March 13, 1964 marked the beginning of what would become one of the most studied of psychological phenomena – that is, the bystander effect, in which people tend not to help a victim if there are other people present. First demonstrated in 1968 by John Darley and Bibb Latané, the bystander effect has been the subject of countless studies, all of which stem from Kitty Genovese.

In commemoration of Genovese’s life and tragic death, a group of scholars, historians, journalists, and activists recently gathered at a Fordham University conference. Twenty-four speakers and many members of the public converged at the meeting to share their stories and insights, discussing Genovese’s life, the facts and phenomena behind her tragic death, and the ways in which she has changed society in the last half century.

“Kitty has become an icon recognized around the world, and her name is cited each time a person is not helped by inactive on-lookers,” said Harold Takooshian, conference co-chair and psychological scientist at Fordham. “We quickly learnt that the Genovese tragedy was not unique, but probably occurs daily.”

Because of this, Takooshian and attorney Joseph DeMay of New York City wanted to organize a meeting which would shed light on Kitty Genovese and those who’ve suffered similar fates – senseless deaths brought about by on-looker inaction.

“We don’t have even 10 cents to fund this meeting,” Takooshian explained. “The 24 people who came to speak are passionate and want to participate – they came on their own expense.”

It was that same passion that drove two journalists to publish a New York Times story about Genovese’s death two weeks after the tragedy. It brought her story to the public, and set the stage for researchers and activists to gain a more thorough understanding of social psychology.

Recently, the facts in that news story and in articles and books published since have come under debate. It’s unclear, for instance, exactly how many witnesses were present or at what time someone phoned the police. While those details are important from an historical perspective, Takooshian believes that debates about the minutia fail to capture Genovese’s true story and instead obfuscate her suffering:

“There is a growing trend to point to exaggerations in the original reports of the Genovese tragedy, which some now term a ‘myth,’ or even a ‘fraud’ or a ‘hoax,’” he says. “Whether or not it was 38 or 8 witnesses, Ms. Genovese felt horribly alone, and would have survived if inactive neighbors responded to her cries.”

But as the conference speakers enumerated, the response to Genovese’s cries is instead manifest through her imprint on society. Her death was a driving force in implementing a national 9-1-1 system, neighborhood watch groups, and Good Samaritan laws.

“Though Ms. Genovese surely felt horribly alone and unheard that final night, it is hard to overestimate the immense impact her unanswered cries have had on western society,” Takooshian explains. “[Her] screams have reverberated around the world for five decades, and our society is now the better because of it.”

In addition to discussions about her untimely death and her legacy, the conference also served as an opportunity to celebrate Genovese’s life. As such, her friends, classmates, and family members were present, speaking about who she was as a person and delivering personal remembrances.

That was a critical element of the meeting for Takooshian, who feels that uncovering the details about Kitty Genovese’s life is just important as examining her tragic death:

“Kitty is known only for the last 28 minutes of her life, not the first 28 years.”

Barbara Tversky Speaks on Language and Learning in Beijing

The National Academies of Sciences, Engineering, and Medicine are initiating a consensus study on generational issues in the workforce. APS Members will play a central role in the leadership of the study. The endeavor will evaluate the behavioral science and business management and literature on generational attitudes and behaviors.