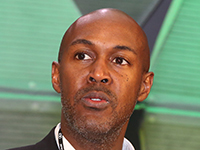 APS Board Member Sandra Graham was among the eminent researchers who presented findings on May 10 from a new National Academy of Sciences, Engineering, and Medicine report on school bullying, including the burgeoning and complex cyberbullying phenomenon. Graham, whose research interests include the social interactions and academic behaviors of children More

Developing Theory With the Grounded-Theory Approach and Thematic Analysis

Grounded theory is an approach by which theory is extended from qualitative analysis (Charmaz, 1990; Walsh, 2014). It began nearly 5 decades ago (Glaser & Straus, 1967) and has since developed and diversified (Heath & Cowley, 2004). This article outlines a process of thematic analysis directed by the grounded-theory approach More

The world is a diverse place containing people of different races, ethnicities, and nationalities. This diversity, although beneficial in many ways, can also lead to tensions resulting in conflict between groups. Such strife occurs at every level of society, and the negative social and political outcomes it produces have led More