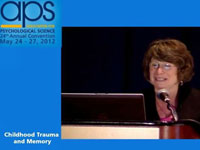 Decades of investigating how children remember traumatic experiences could make a scientist bitter and cynical. But James McKeen Cattell Fellow Gail S. Goodman is optimistic her research will change children’s lives for the better. During her award address at the 24th APS Annual Convention in Chicago, the University of California More

At The Intersection of Culture and Mental Health

When it comes to mental health issues, Joseph P. Gone of the University of Michigan says that many American Indians prefer traditional therapies over therapies with European roots. This is a concern because US tribes rely on federal funding to meet community health needs — and as things stand, funding More 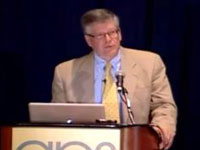 Testing memory not only assesses what we know but changes it,” said Henry L. Roediger, III, as he summed up his most recent years of research in his William James Fellow Award Address at the 24th APS Annual Convention in Chicago. Roediger’s discovery is a new concept for teachers, researchers More

Clinical Science Training and Beyond

Two sessions in the Clinical Science Forum at the 24th APS Annual Convention explored critical issues facing clinical psychologists. One session focused on education and the efforts that training programs are making to equip future clinicians with the skills they need to evaluate  and implement evidence-based interventions. During the second More

Will the Real Independents Please Stand Up?

For die-hard Democrats and Republicans, the decision of who to vote for in November may be a no-brainer. In recent years, however, many voters have rejected such partisan identities, choosing to call themselves Independents. But new research suggests that Independents may not be as independent as they think. Psychological scientists More 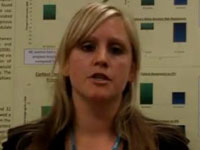 The cameras were rolling at the APS 24th Annual Convention in Chicago, Illinois, USA. Watch as Shawn Nielsen, University of California, Irvine, describes her research. Most people remember emotionally arousing material better than neutral material partly due to the body’s natural stress response. But stress responses in women can vary More