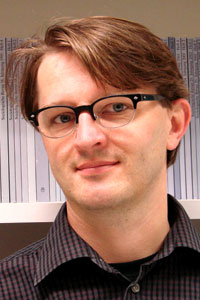 The focus of my research is on the development of children and adolescents with a migration background and the interplay between normative development and migration-related adaptation. For example, we investigated specific acculturation-related hassles of adolescent immigrants in Israel and Germany that can add to the normative demands of adolescence. In two other studies we examined whether delinquency is predicted by the same or different factors among two groups, namely immigrant and native adolescents; we also compared the autonomy expectations of these two groups. A fourth core area has been the investigation of inter-ethnic friendships of immigrant adolescents.

I became interested in migration research when I started to work as a research associate at Jena University. There I was involved in a longitudinal project that addressed the adaptation of immigrant adolescents from the former Soviet Union in Israel and Germany. It was surprising to see how successful the majority of immigrant adolescents are, despite the fact that many have to deal simultaneously with normative developmental tasks, with cultural differences between family and the new society (e.g., in school), with migration-related stress (e.g., discrimination), and many also with economic strain. As today’s societies are increasingly comprised of individuals with various ethnic and cultural backgrounds, research on factors that help in the successful adaptation of migrant youth is also meaningful.

The most influential person in this regard is certainly Rainer K. Silbereisen from the Friedrich Schiller University Jena, who has been a mentor through recent years. Rainer is very interested in the interplay between context and individual, has a very broad knowledge in scientific theories and methods, and has been working for many decades in interdisciplinary and international settings. I profited substantially from his input. Rainer also encouraged me to attend conferences in order to learn and to exchange my ideas and results with others in the field. Other influential people have been Hannelore Weber at Greifswald University, who initiated my interested in psychological research during my undergraduate studies; the people at the Stress Research Unit at the University of York (UK), and of course colleagues and guests here at the Department of Developmental Psychology and Center for Applied Developmental Science, who have been an invaluable source of support and knowledge.

I feel rather too early in my career to talk about “success,” but the research conducted thus far would not have been possible without personal perseverance and curiosity, the support of other people who had faith in my work, and the good fortune sometimes to be in the right place at the right time. I would also like to add that the ‘other people’ include not only my colleagues or co-authors, but also the student assistants and project participants that have often been a source of inspiration and encouragement for my work.

For a while I would like to continue to work on migration-related topics. Currently my interest is more in the dynamics in immigrant families and whether the status of immigrant adolescents within the family can change due to the transition to another country.

As conducting research is quite a complex task, there is obviously a lot one could think of here. There are, however, two points I found most helpful. First of all, I would recommend starting writing as early as possible because it needs training by doing. Second, discuss the work you are doing with diverse people — diverse in terms of academic level and research background — as this brings in different perspectives and ideas.

One of the most exciting studies compared longitudinal changes in autonomy expectations (i.e. how far in the future adolescents expect to reach autonomy by showing a certain behavior, such as having a first girlfriend or drinking alcohol). Young immigrant adolescents who came to Germany at earlier ages were not distinguishable from their native age mates in level and rate of change in autonomy expectations. Late adolescent immigrants, however, who had spent a substantial portion of their lives in the former Soviet Union, expected to reach autonomy at a later age than same-aged natives and changed some of their expectations (concerning behaviors that elude parental control) towards those of native adolescents. I like this study as it highlights how and at what age “culture gets into individuals,” whether developmental changes are normative for adolescents even within a culture, and to what extent a cultural imprint is subject to change when an individual is exposed to a new cultural setting.