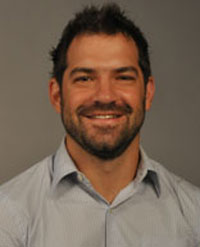 My research focuses on the relation between motivation, implicit social cognition, and broad societal issues. I have a particular interest in how basic motivations and needs – including ones that people may not be entirely aware of – manifest as specific social and societal beliefs. These include (but are not limited to) the causes and consequences of stereotyping and system justification, religious and political belief, and the attitudes people hold towards their institutions and social systems.

I was drawn to these issues because I was (and still am) taken by how little we know about some of humankind’s most cherished and steadfastly defended belief systems. I continue working on these issues because I have now to come to realize the extent to which understanding the origins and functions of these beliefs can shed light on basic psychological processes.

In graduate school I was very lucky to have two exceptional advisors: Lee Ross and John Jost. They are my most important mentors and their ideas are my most proximal psychological influences. But I would be remiss if I didn’t mention three other programs of research that deeply influenced my thinking as a graduate student. John Bargh’s research on the automatic nature of social behavior and motivation, Melvin Lerner’s research on the Belief in a Just World, and Susan Fiske and Peter Glicke’s research on hostile and benevolent forms of sexism all strongly influenced my approach to studying the social mind.

Two things, really: In graduate school, I had great advisors. They made it very hard for me not to be productive and excited about my research. Afterwards, my years as an Assistant Professor at the University of Waterloo were filled with brilliant and incredibly energetic social psychologist colleagues. Richard Eibach, John Holmes, Mike Ross, Steve Spencer, Joanne Wood, and Mark Zanna provided the type of support and nurturance that a fledgling academic can only dream about. They didn’t merely drop by every once in a while to see how things were going, but became actively engaged in my research, infusing it with different perspectives and methodological approaches. And while that was going on, I was surrounded by the hardest working and smartest set of graduate students one could hope for.

That’s a great question, since it is one that I’d love to know the answer to. I have recently developed a model of compensatory control aimed at explaining a wide swath of beliefs and behaviors, and I imagine I will continue to work on understanding and refining that model. Where exactly that will take me, though, is an open question. Research for me is such a collaborative endeavor that I assume my future research agenda will be dictated, at least in part, by what aspects of my research my students and collaborators are most interested in.

Any advice for even younger psychologists? What would you tell someone just now entering graduate school or getting their PhD?

Lee Ross once told me that he thinks it is important to involve yourself in something “exciting” while in graduate school — that is, an idea or approach or perspective that you feel is new and different in some way. In looking back at my experience and those of my many successful peers, I now see the truth in that advice. I am not suggesting (nor do I think Lee was suggesting) that you need to develop something new yourself, but involving yourself in a larger research program that is doing that is an invaluable experience — or at least it was for me. Many of the most successful research programs  are ones that deviate from what everyone else is doing but in a way that still keeps them relevant to what everyone else is doing. To do this, you need to both understand what is happening in the field and have a desire to break new ground. The former can be learned pretty easily, but my feeling is the latter is facilitated by getting a sense for what it is like to swim in relatively uncharted waters. So, if possible, seek that out.

This article was directly inspired by my earliest research in graduate school and now motivates much of my current research. As such, it connects, via one common mechanism, issues I used to work on to issues I am now interested in. So it feels something like a unifying paper to my young career, both temporally and thematically.