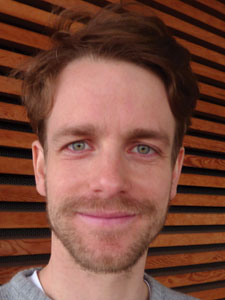 I am a developmental psychologist and neuroscientist with a focus on social and affective processes, decisions, and abilities. Using neuroimaging techniques I try to characterize the structural and functional brain changes occurring during childhood and adolescence. I then use this information to see how it can account for the observed changes in social behavior and affective experience by means of paradigms derived in part from economic game theory and social psychology.

I was drawn to this research because I felt the related questions to be important not only to psychology and cognitive neuroscience, but also beyond the field of academia. To me the study of child development constitutes an incredibly exciting intersection between addressing issues that have occupied Western thought for thousands of years and the potential to inform issues that are topical to contemporary society.

There are a whole range of scientists that have influenced me on the way, some directly and others vicariously. Being taught by Henry Plotkin and Celia Heyes at University College London was hugely inspiring. The simultaneous display of scientific rigor and creativity was what ultimately drew me into academia. Mireille Besson taught me to stay open when looking at scientific problems and Stefan Koelsch how to persevere with an idea. I am still very much influenced by my current mentor and main collaborator Tania Singer. Her natural curiosity and determination to get to the bottom of things coupled with ingenuity and scientific vision is pretty staggering.

I want to take a closer look at exactly which unique and composite aspects of functional and structural brain development give rise to the emergence of and changes in social behavior, like empathic helping or the decision to share. The study of brain development has made great leaps, and the paradigms we use to study the development of social behavior have become increasingly sophisticated. There is so much potential in combining these fields of study. My mid- to long-term agenda is to look into the nature and operation of critical periods in social development during infancy, childhood, and adolescence.

I think this paper manages to successfully integrate a very rich and complex dataset to tell a coherent and convincing story about the role of impulse control and brain development in the development of strategic social behavior. What struck me was the convergence with which left DLPFC structure and function seem to be involved in bringing about strategic decisions in children and adults.