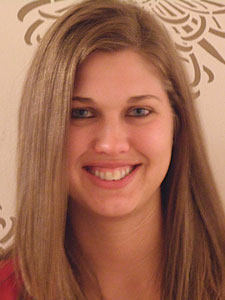 My research focuses on sexual behavior, particularly orgasms. I examine the subjective aspects of these situations. How do individuals perceive their orgasm experiences and why? I am currently exploring the role of context in said perceptions. Orgasm experiences appear to be more satisfying when they occur in the partnered context (i.e., from sexual activity with another person) than in the solitary context (i.e., self-masturbation). Individuals report these partnered orgasms to be both physically and psychological more intense and enjoyable. Going forward, I will explore what about the partnered sexual experience leads to these higher subjective assessments.

Human sexuality is such a fundamental part of the human experience — we wouldn’t exist without it — yet our knowledge on the topic is extremely limited. It wasn’t even considered a worthwhile area for scientific endeavor until the last half of the 20th century (and the idea that it is an inappropriate avenue for research still has not been dispelled amongst all — even in academia). Even in the field of sex research itself, there’s a focus on problematic sexuality, be it sexual violence or the spread of sexually transmitted illnesses. I, myself, even began my graduate education by studying sexual violence. While I still consider sexual violence an important line of research, I now choose to examine more normative and positive sexual experiences. There’s just so much misinformation out there about what is “normal” in regards to sex. People worry that their feelings, fantasies, and behaviors are “wrong” and “unusual,” when in all likelihood, they’re benign and common. I think that the more information that we as scientists can disseminate, the more fears we can ease and the better people’s lives can be.

As a PhD student, I had the remarkable opportunity to work under Elaine Hatfield. In addition to being a pioneer in many areas of social psychology and human sexuality, she has the brightest mind for research methodology of anyone I’ve ever met. I cannot say enough about how much I learned working with her. She has a knack for getting right to the heart of whatever research issues her students are trying to tackle, and in doing so, greatly improves the quality of these studies. Even though she’s quick with the suggestions, she also gives her students the final say on their work, thus giving room to make mistakes and to learn from said errors. As much as I learned about research from her, I learned even more about what example I want to set for my own mentees.

I plan to expand my research in two directions. First, I intend for my future research to include more individuals of sexual and gender minorities. Members of LGBTQ community are rarely included in studies of orgasm experiences and this exclusion, while likely unintentional, nonetheless does a disservice to all. We can’t disseminate accurate information on normative sexual development and experiences if we aren’t studying the experiences of substantial groups of people. Second, I will be expanding my research on orgasm experiences to include a cultural component. I will examine if the perceptions of orgasm experiences differ by culture, and if so, why they differ.

It might seem like an odd choice to select an article that I’m not the primary author on, especially after learning that I didn’t design or execute the study. Nonetheless, I’ve selected this article because it was quite a challenge and helped me to define at least part of my identity as a researcher. I came onto this project late, having been asked to step in and see some excellent data from a well-designed study through to publication. It was a new role for me as problem solver and the first time I took the lead in and had the final say on data analysis and interpretation. As difficult as working with someone else’s data can be, I found the challenge very exciting and rewarding.