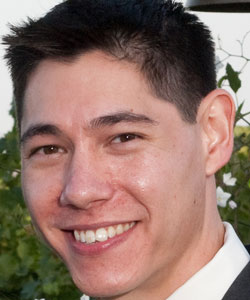 My research focuses on elucidating the mechanisms of working memory and cognitive control.  These are means to a broader understanding of the higher-level cognitive processes that are emblematic of human intelligence.  My approach is to understand the mind through the brain and I leverage neuroimaging to accomplish this.

My initial foray into research was in artificial intelligence. I quickly formed the opinion that simulating intelligence would be fostered by understanding how intelligence is implemented in the human mind. So, I turned my attention to human intelligence and have been hooked ever since. Given the central role that intelligence plays in academic and financial success, studying intelligence is a fruitful and exciting enterprise.

John Jonides, my graduate advisor, has been a tremendous influence. His intellect, enthusiasm, and unrelenting scientific curiosity have been truly inspirational. David Meyer, who taught a number of my graduate courses, also helped me a great deal with his encyclopedic knowledge and keen eye for details. I am also indebted to my undergraduate mentor, Scott Frey, and post-doctoral mentors Josh Brown and Mark D’Esposito.

I have primarily studied the mind through functional MRI. While we have learned a great deal, the methodology has temporal limits that I hope to overcome with combinations of electroencephalography and transcranial magnetic stimulation. A long-term goal is to leverage our mechanistic insights in an applied manner to facilitate development, enhance existing intellectual capacities, and rehabilitate deficiencies related to disease and brain trauma.

Nee, D. E., Jonides, J. (2008). Neural correlates of access to short-term memory. Proceedings of the National Academy of Sciences, 105, 14228–14233.
Each publication feels somewhat incomplete since they all seem to raise more questions than they answer! That said, I am partial to the first paper we published in a line of work investigating different representational states in short-term or working memory. When we juggle multiple thoughts in our minds, some of it can be considered foregrounded, some of it backgrounded, and some of it temporarily quiescent to perhaps be returned to at a later time. Our research reveals distinct neural signatures corresponding to these states that link the domains of attention, working memory, and long-term memory.