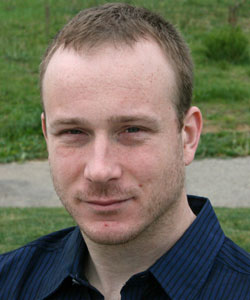 My research focuses broadly on human memory with a special focus on the causes and consequences of forgetting. Although forgetting may seem like a failure of memory, in many instances it is essential for the efficient and adaptive functioning of memory. Some of my research has shown that forgetting is critical for resolving competition during retrieval, overcoming fixation in creative problem solving, updating autobiographical memory, and facilitating new learning.

I didn’t know that I wanted to study memory until I started working with my graduate advisors, Robert Bjork and Elizabeth Bjork. I was fascinated by the idea that forgetting could be goal-directed and that there are mechanisms specifically designed to cause forgetting. I believe that developing a more complete understanding of how we learn, think, and remember requires a more complete understanding of how and why we forget.

I am deeply indebted to the Bjorks. They have been amazing role models — as researchers, as teachers, and more generally as people — and I will feel forever fortunate that I somehow found my way into their lab. Participating in cogfog was also a valuable experience. It exposed me to an incredible group of scholars and helped instill a more careful appreciation of methodological rigor, a love for predicting and interpreting data, and the ability to present to a somewhat unruly, though always well-meaning, audience. Over the years I have also benefited from the wisdom of many other colleagues, mentors, and friends (e.g., Michael Anderson, Aaron Benjamin, Alan Castel, Arturo Hernandez, Barbara Knowlton, Steve Smith, Tom Wickens, and Jenny Wiley).

I plan to continue to explore the causes and consequences of forgetting in human memory. I am particularly interested in examining the functions of memory in context and moving beyond the usual word-list paradigms.

I am equally proud of all my publications! For current purposes, however, I’d have to say Storm and Angello (2010). First, it is very short, so everyone can read it in just a few minutes. Second, the editor requested that I drop two experiments, which fortuitously became the foundation of a separate paper in the Journal of Experimental Psychology: Learning, Memory, and Cognition. Third, the study found new and important support for the inhibitory account of retrieval-induced forgetting. Fourth, it opened up a whole new line of research exploring the role of inhibition and forgetting in creative cognition.