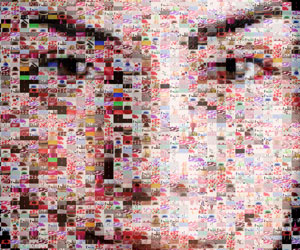 Christopher D. Watkins and his coauthors write in the European Journal of Personality that, similar to men, less-dominant women tend to perceive women with masculine-looking faces as more dominant than women with feminine-looking faces. In Watkin’s experiments, less-dominant individuals were identified by their smaller stature, their low scores on a dominance questionnaire, and a greater tendency to view their interactions with other women as competitive.

Watkin’s team suggests that like less-dominant men, less-dominant women have more to lose if disagreements get physical. Therefore, a keen ability to detect dominance among potential female rivals may be important for their safety. And while woman-on-woman violence may not loom large in popular imagination, scientists say that it’s a well-documented reality in societies in which resources are scarce.

So far, little research has been published on how social and physical dominance contribute to alliances and relationships among women. However, Watkins and his colleagues think it’s a promising topic for future studies. In the meantime, if you’re a meek gal, evolution may have you covered when it comes to avoiding fights you can’t win — at least when it comes to identifying a tough face.