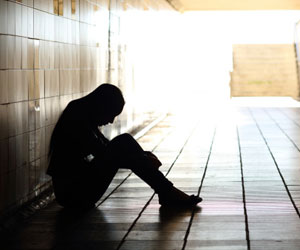 Millions of people are affected by self-injury, especially adolescents and young adults.  Non-suicidal self-injury (NSSI) has been the focus of numerous studies and, yet, there is still a lot to learn about its causes and consequences.

NSSI behavior, the most common of which is cutting, can have various short- and long-term consequences and research shows that NSSI is predictive of later suicide attempts. We also know that NSSI co-occurs with many other disorders, including major depressive disorder, generalized anxiety disorder, and substance use and eating disorders.

“Considered together, recent research supports the growing conceptualization of NSSI as transdiagnostic, rather than as a specific symptom of one disorder,” researcher Kate Bentley of Boston University and her co-authors write in an article published in Clinical Psychological Science.

In their article, Bentley and colleagues David Barlow of Boston University and Matthew Nock of Harvard University aim “to use the recently developed, empirically supported four-function model (FFM) of NSSI as a conceptual base to generate important next steps for research on self-injury.”

According to the researchers, functional theories propose that behaviors are largely controlled by events that immediately precede and follow them. The four-function model (FFM) of self-injury outlined by Bentley and colleagues is composed of four specific reinforcement processes that contribute to NSSI, each of which falls along two dichotomous dimensions — negative-positive and automatic-social (or intrapersonal-interpersonal):

While the FFM does not account for every factor that may contribute to NSSI, such as biological predispositions, the researchers argue that it “represents a marked advancement from prior accounts of self-injury.”

“There is much yet to know about the perplexing phenomenon of self-injury, including fundamental aspects of its etiology, underlying mechanisms, and, most important, the most effective ways to prevent and treat this behavior,” Bentley and colleagues write. “Considered broadly, the highest priority directions for future research in the area of self-injury involve developing and testing evidence-based, functionally informed methods for preventing and treating NSSI. With regard to prevention, researchers must first focus on improving the ability to predict self-injurious behavior.”

To help guide these efforts, the researchers outline key questions emerging from FFM that remain outstanding and they suggest theory-driven research initiatives that can help to answer these questions.

Come listen to Matthew K. Nock speak as part of the theme program “The Psychology of Violence” at the 26th APS Annual Convention in San Francisco, CA, USA.