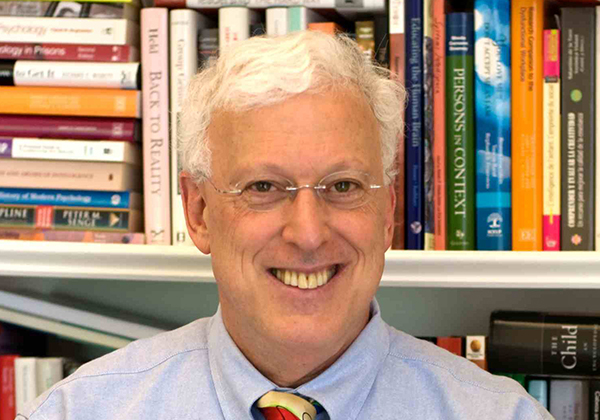 APS William James Fellow Robert J. Sternberg has won the 2018 University of Louisville Grawemeyer Award for Psychology for his research on intelligence and education. Sternberg, a professor of human development at Cornell University and editor of Perspectives in Psychological Science, is known for his triarchic theory of intelligence, which suggests that intelligence, often narrowly defined through IQ, has analytical, creative, and contextual components.

While the current education system, and college admissions in particular, tend to prioritize analytical thinking, Sternberg has been outspoken in his belief that a more holistic approach to education is required to create a wiser and more ethical workforce.

“Sternberg’s work has resulted in changes in college admission processes that have leveled the playing field for individuals from diverse backgrounds and, thus, has increased student diversity,” said award director Woody Petry in a press release. “His ideas, which have been applied globally in developed and developing nations, emphasize the importance of cultural context in the assessment of successful intelligence.”

Author of more than 1,700 research publications, Sternberg has worked as a professor and administrator at numerous academic institutions, including Oklahoma State, Tufts, and Yale.

Grawemeyer Award winners receive a $100,000 prize and are scheduled to present free lectures on outstanding works in the fields of music, international relations, psychology, and more this upcoming April in Louisville.