While the birth of a new baby is usually an exciting time for parents, for half a million American mothers each year, childbirth is followed by the onset of postpartum depression (PPD). Along with potential long-term harm to newborns, PPD makes adjustment to life with a new baby more challenging for mothers, who may experience difficulty at work and in relationships. 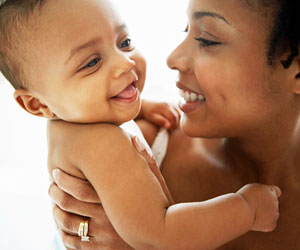 Previous research suggests that women who are members of racial minority groups are especially at risk for PPD — psychological scientist Alyssa C. D. Cheadle of UCLA and colleagues were interested in finding out whether religiosity and spirituality might help to mitigate the risk of postpartum depression in African American women.

Religiosity and spirituality, while related, are not the same — as Cheadle and colleagues explain, spirituality encompasses “beliefs and experiences,” while religiosity includes “behaviors related to organized traditions.”  Some researchers suggest that religious participation fosters beliefs and provides opportunities for spiritual experiences, which affect how people feel and thus may lessen depressive symptoms.

The researchers conducted their study in collaboration with the Community Child Health Network, “a community-based participatory research effort” in Los Angeles, Chicago, Washington, D.C., Baltimore, and eastern North Carolina.  Over 700 low- to middle-income African American women who identified either as Christian or as having no religious affiliation were interviewed three times in the year after giving birth.

The findings are reported in Clinical Psychological Science.

The data indicated that lower levels of spirituality and religiosity were associated with increased depressive symptoms in the first six months after childbirth. This relationship held even after the researchers accounted for various other factors, such as socioeconomic status and whether the mother was in a relationship.

Women who had “robust religious and spiritual lives,” on the other hand, seemed to be protected from this trend and did not show an increase in depressive symptoms.

While religiosity and spirituality each independently predicted mothers’ levels of depression, the researchers also found that the link between religiosity and depressive symptoms was driven, at least in large part, by spirituality. In other words, mothers who went to religious services were more likely to report spiritual experiences, which, in turn, seemed to protect them against postpartum depression.

Cheadle and colleagues caution that there are limitations to the study, including the possibility of reverse causality: changes in depressive symptoms could have impacted levels of religiosity and spirituality. Nonetheless, the researchers are optimistic about their findings:

“These results affirm that religiosity and spirituality are particularly important resources for low-income African American women,” especially in the absence of other mental health resources, Cheadle and colleagues conclude.