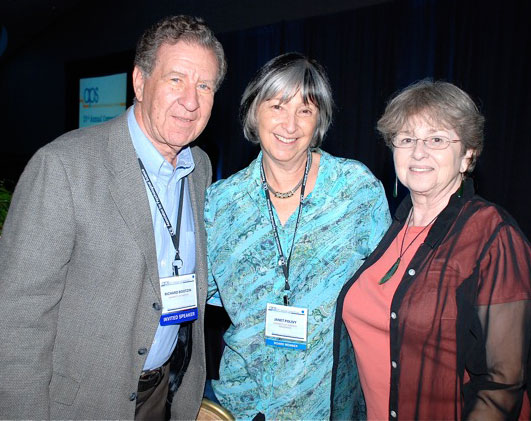 Every knows the importance of sleep to daily health and performance, but very few of us practice what we preach. This conflict formed the core of the SSCP Distinguished Scientist Award address delivered by Richard Bootzin of the University of Arizona at the APS 23rd Annual Convention.

Bootzin opened his talk by pointing out some of the perils of poor sleep. Research has linked sleep disturbance with later development of depression, anxiety, attention deficit disorder, and substance abuse. These problems can affect people at all stages of life — from infancy to adulthood.

“It’s not the case that we adapt to our poor sleep,” Bootzin said. “Poor sleep has consequences and they’re quite long lasting, and it’s true at every developmental stage.”

Sleep disturbance is as much a societal problem as an individual one. Since the start of this year, at least a half-dozen high-profile incidents have occurred involving air traffic controllers falling asleep during the overnight shift. Bootzin focused much of his talk on the changes in federal rules and regulations that have come in the wake of these episodes. But since some of the adjustments run counter to basic scientific understandings of sleep, they might not improve work performance or safty at all, he argued.

For instance, this past April the Federal Aviation Administration decreed that controllers should not be allowed to take scheduled naps during work hours. In fact, research has found that brief, 15-minute naps can help a person’s awareness for an additional two or three hours. (The nap can’t be too long, however, or it causes sleep inertia — or difficulty becoming alert.)

“In the sleep community this is a little puzzling,” said Bootzin of the new FAA rule. “We’re a little more aware that naps can be helpful.  … We need to have solutions that are sensible and that follow the science.”

The lecture room was packed, with some of the audience members standing along the walls and others sitting in the aisle between the main seating areas. But attentive as the attendees seemed, the lights were low, and this fact occurred to Bootzin as he pointed out the environmental cues that can cause a person to nod off.