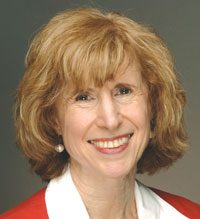 APS Past President Elizabeth (Betty) Capaldi Phillips, most recently provost and executive vice president at Arizona State University, passed away September 23, 2017 after a difficult illness. She was 72.

Phillips was APS President from 1999 to 2000, after having served as a member of the APS Board of Directors. In all of these roles, she remained a fiercely dedicated advocate for the advancement of psychological science in all its forms.

“I am very proud of APS,” she noted following her election. “APS is a place where we can talk about all of psychology and not just our own narrow part…It is all of scientific psychology in one place.”

As APS President, Phillips focused on efforts to transcend disciplinary and departmental boundaries, a theme that carried over into much of her work in university administration. During her time at ASU, for example, the university developed a system for interdisciplinary academic advising, such that graduate students in psychology could be advised by approved faculty mentors across a variety of departments. As part of an ongoing commitment to advancing research and scholarship, she also helped to devise systems for supporting faculty who teach and work across disciplinary boundaries.

Phillips also developed several innovative programs designed to help students succeed, including adaptive learning tools and an online portal that provided students with support and resources as they navigated the academic environment.

Although much of Phillips’s professional career was spent as an academic administrator, she applied her skills and training as a psychological scientist throughout her many endeavors. Originally a math major, she fell in love with psychology research after taking an undergraduate course on animal learning.

“Psychology appealed to me because there were elegant theories, as in mathematics, but also experimental tests of those theories, that led to progress and to application,” she explained in an article in the APS Observer. “I have never looked back, and have enjoyed reading, teaching, and researching in psychology ever since that very early animal learning course.”

“Betty was a tireless advocate for APS and for psychological science,” said Sarah Brookhart, APS Executive Director.  “She never forgot her scientific roots even when she was serving at the highest levels of university leadership. And her ability to combine perspectives from all of the domains she was involved in – science, education, academic administration – led to innovations and progress in all of those areas.  We have lost a good friend and a great leader.”

In 2006, she was named provost and executive vice president at Arizona State University, the first woman to hold that post.

Phillips’s research focused on understanding on how and why we develop preferences for certain foods and, more generally, on investigating how motivation can be learned. She authored many chapters, articles, and books over her career, in addition to co-authoring an introductory psychology textbook and editing two books on the psychology of eating.

She was a Charter Member and Fellow of APS, as well as a Fellow of the American Association for the Advancement of Science.

Amid the continuing spread of COVID-19, APS President Shinobu Kitayama argues that three collective level dynamics—risk assessment, selfish versus prosocial motivations, and interpersonal relationships—powerfully influence the spread of the virus.

In her final column as APS President, Lisa Feldman Barrett points to a key area of scientific research that could benefit physicians, epidemiologists, and virologists on the front lines of the COVID-19 pandemic.

On Spanning the Borders

In her final column as APS President, Suparna Rajaram celebrates the new scientific perspectives and advances resulting from the organization’s ongoing international expansion.