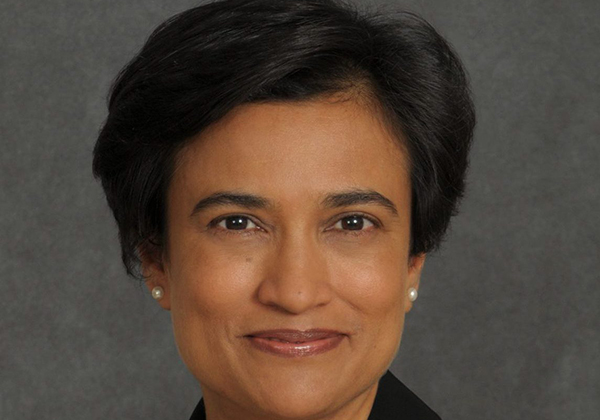 In my inaugural column back in August, I reflected on an undertaking at APS that is fundamental for the growth of science — making the organization international. As the Association prepares to celebrate its 30th anniversary at the Annual Convention this month in San Francisco, I want to share some thoughts — and numbers — to return to this aspirational theme.

As scientists, we are concerned with methods and techniques that are independent of geographical borders. We want to put theories to empirical tests, run replications, collaborate, and develop better scientific practices, irrespective of where we are located. It is the methods that matter and the data that count. These goals create instant common ground and provide ready vocabulary for conversation among scientists.

As psychological scientists, we gain something more when we span locations. The subject matter we study is, by its very nature, enriched by context. Varied locations can therefore add unique value because when we talk to colleagues from around the world, and if possible work with them, these opportunities give us a cross-cultural lens through which to view the psychological phenomena under study. There is also the benefit of learning from variations that may exist in training practices and educational programs. Such variations help us recognize the strengths and challenges associated with different practices and improve upon our collective efforts to advance science.

In my inaugural column, I reminisced about the change in the organization’s name in 2006, when the American Psychological Society became the Association for Psychological Science. The percentage of international members around that time was approximately 8%, growing to about 24% by 2016. Also of note: About 17% of APS Fellows come from 34 non-US countries, and about 25% of the Rising Stars in the last 2 years have been from outside the United States. Perhaps the most visible expansion has been the APS conferences outside the United States — the International Convention of Psychological Science (ICPS), first in Amsterdam, the Netherlands (2015), then in Vienna, Austria (2017), and coming up next in Paris, France (2019).

There has been international expansion on several other fronts, too. For example, the upcoming San Francisco convention is shaping up nicely in bringing more international scientists together than ever before. This would not have been possible without the exceptional leadership of Program Committee Chair Professor Elizabeth Kensinger and the expert contributions of our colleagues on the Program Committee. About a decade ago, we had one invited international speaker. At the 2018 Convention, we will have 28 invited speakers from around the world. The numbers are also encouraging for the submitted symposia where, with 75 international speaking authors in 2018, the number has more than doubled compared to a decade ago.

The number of international registrants, too, has been improving at the US APS conventions. There has been a six-fold increase between 2008 and 2017, but the numbers are still modest. Traveling from afar to attend a convention is complicated and expensive, and a collective effort would be essential for making it less burdensome for international attendees to come to the convention. The ICPS has been helpful in this regard; for instance, at the 2017 ICPS in Vienna, more than 2,000 attendees came from more than 70 different countries. We need continued creative efforts to make the conventions more accessible to psychological scientists worldwide. The APS Internationalization Committee (Inaugural Chair, Past APS Board Member Tom Carr; Current Chair, APS Board Member Cindy Yee-Bradbury) has been working on this and many other fronts.

International representation has been increasing in other areas, too. Manuscript submissions from outside North America to the APS journals have risen from 40% in 2007 to approximately 52% in 2017, with the publication rate for international submissions at about 38% in 2017. Another interesting window is the user traffic to the APS website. In the age of information technology, this is a particularly important way to increase access and connection because it creates a relatively level platform. The map on below shows that the APS website is being accessed around the world. The top 10 user countries include not only the United Kingdom, Canada, Germany, and the Netherlands from the Western hemisphere, but also India, Australia, the Philippines, Singapore, South Africa, and Malaysia.

To return to a concluding point from my inaugural column, the efforts to internationalize proceed within the context of the other major goals of an organization with an expansive mission. These include efforts to continue to build on the APS Diversity Initiative; serve the goals of clinical psychological science; advance best practices in methodology, analysis, and dissemination of science; guide the student community; connect with funding agencies; and promote psychological science with legislators and the Congress. Our science and our scientific community would be well-served by working simultaneously toward these diverse and coherent goals. It has been a great honor to serve as President, and I wish my colleagues near and far a creative, robust, and productive path of discovery forward.

Acknowledgement: The data included in this and my previous columns have been made possible by the efforts of the APS staff.

Amid the continuing spread of COVID-19, APS President Shinobu Kitayama argues that three collective level dynamics—risk assessment, selfish versus prosocial motivations, and interpersonal relationships—powerfully influence the spread of the virus.

In her final column as APS President, Lisa Feldman Barrett points to a key area of scientific research that could benefit physicians, epidemiologists, and virologists on the front lines of the COVID-19 pandemic.

On Collaborations: The Challenges

APS President Suparna Rajaram shares some thoughts on the challenges associated with collaborations, and continues her conversations with early investigators.