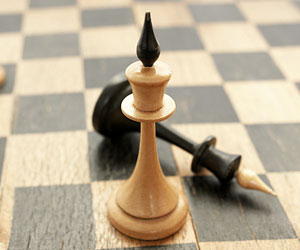 For many people, religion is deeply ingrained in their day-to-day existence. It supports their faith and spirituality, and it provides friendship and a sense of community.

But religion can also contribute to conflict, as in the Central African Republic, where Muslim and Christian groups are currently enmeshed in a violent struggle for power.

Psychological scientist Steven Neuberg of Arizona State University and colleagues wanted to examine what effect religious infusion — the degree to which religion influences the everyday lives of groups and their individual members — might have on intergroup conflict.

Their findings are published in the January 2014 issue of Psychological Science.

The researchers interviewed scholars with expertise in one of 97 countries encompassing about 124 different groups, each of which had the potential to be involved in a certain type of conflict involving a powerful ingroup and a marginalized outgroup, with groups including ethnic minorities, religious ruling classes, and dominant state powers.

Ingroups and outgroups with high religious infusion were prejudiced against — and were more likely to discriminate against — groups that held incompatible values.

But the picture was more complex for outgroups that had to compete with more privileged ingroups for limited resources.

To ensure replication, the relationship between religious infusion and intergroup conflict should be examined using various methods. Neuberg and colleagues believe these findings could have a significant impact on the study of global conflict and may provide new strategies for reducing such conflict.