“In total, Richard Thaler’s contributions have built a bridge between the economic and psychological analyses of individual decision-making,” the Academy said in a statement. “His empirical findings and theoretical insights have been instrumental in creating the new and rapidly expanding field of behavioural economics, which has had a profound impact on many areas of economic research and policy.”

The work of Tversky, who passed away in 1996, and Kahneman, who himself received the Nobel Prize in Economics in 2002 and the Presidential Medal of Freedom in 2013, shaped much of Thaler’s work. In fact, Thaler collaborated with both of them. In one experiment, for example, Thaler and Kahneman showed that individuals place a higher value on their own possessions compared with other people’s items. In the study, the researchers randomly distributed coffee mugs to half of the students in a classroom setting, and then asked the entire class to place a value on the items. Students who were given a mug assessed it as being twice as valuable as did their mug-less classmates.

A professor at the University of Chicago Booth School of Business, Thaler is particularly known for developing “nudge” theory —the idea that positive reinforcement and indirect suggestion better influence behavior than do laws and edicts. Much of his work builds on Kahneman’s and Tversky’s groundbreaking research showing that irrational decision-making stems from a human tendency toward certain cognitive biases, including status-quo bias and loss aversion. Thaler and Kahneman talked extensively about this line of research in 2008 for APS’s Inside the Psychologist’s Studio video series. 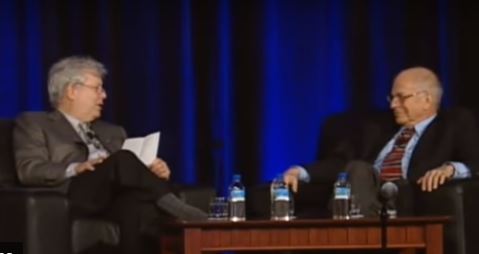 This body of work has had a profound influence on policymaking over the last decade. In 2010, then-Prime Minister David Cameron of the United Kingdom set up the Behavioural Insights Team (BIT), headed by experimental psychologist David Halpern. In 2014, the White House launched the Social and Behavioral Sciences Team (SBST) to help the US federal government apply behavioral science findings to practical problems ranging from delinquent student-loan payments to wasteful energy consumption.

In a 2017 study in Psychological Science, Thaler and coauthors found that nudges often yield particularly high returns at a low cost when it comes to boosting retirement savings, college enrollment, energy conservation, and vaccination rates.

it is p leasing to note how psychology can be used to explain some subjective behaviours. Gvts should really invest in this field especially in devoloping countries.

The great news is that recognition by the Nobel Commitee might give a “nudge” to many of the fledgling social scientists who are thinking about applications of Kahneman and Tversky’s groundbreaking work. And yes, we sometimes need it. I still remember my qualifying orals and the discouraging looks I got from some (though not all) of the professors while I was discussing decision theory.