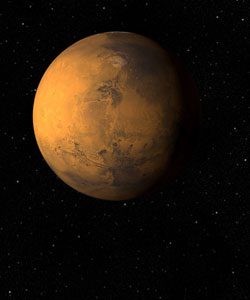 Teamwork is important in most jobs — but it’s especially critical for people who have to complete an expensive, high-stakes, and technically complicated mission all while locked in a zero-gravity chamber with their co-workers for eighteen straight months. That’s why NASA is calling on psychological scientists like Eduardo Salas and Kimberly Smith-Jentsch to design strategies that astronauts can use to help each other stay healthy and safe during a voyage to Mars that is planned for 2030.

In 2010, Salas and Smith-Jentsch, both of the University of Central Florida, were awarded a three-year, $1.2 million grant by NASA and the National Space Biomedical Research Institute. The two researchers contributed to an extensive report on organizational training that was published in the latest issue of Psychological Science in the Public Interest. Previously, the duo had studied teamwork in the Navy, examining “guided team self-correction,” a strategy that transfers well to NASA astronauts.

“Imagine if there is conflict, or they cannot self-correct,” says Salas in an interview posted on the website of the Society for Industrial & Organizational, Inc. “When the astronauts are out in space, they can’t say, ‘I want to get off the bus.’ So they have to be a very cohesive, productive team and be able to recognize problems in themselves and one another, so they can fix them.”

Salas and Smith-Jentsch believe that teaching astronauts to periodically monitor and evaluate themselves and their crewmates will help them to solve problems in an environment where outside resources are not readily available.