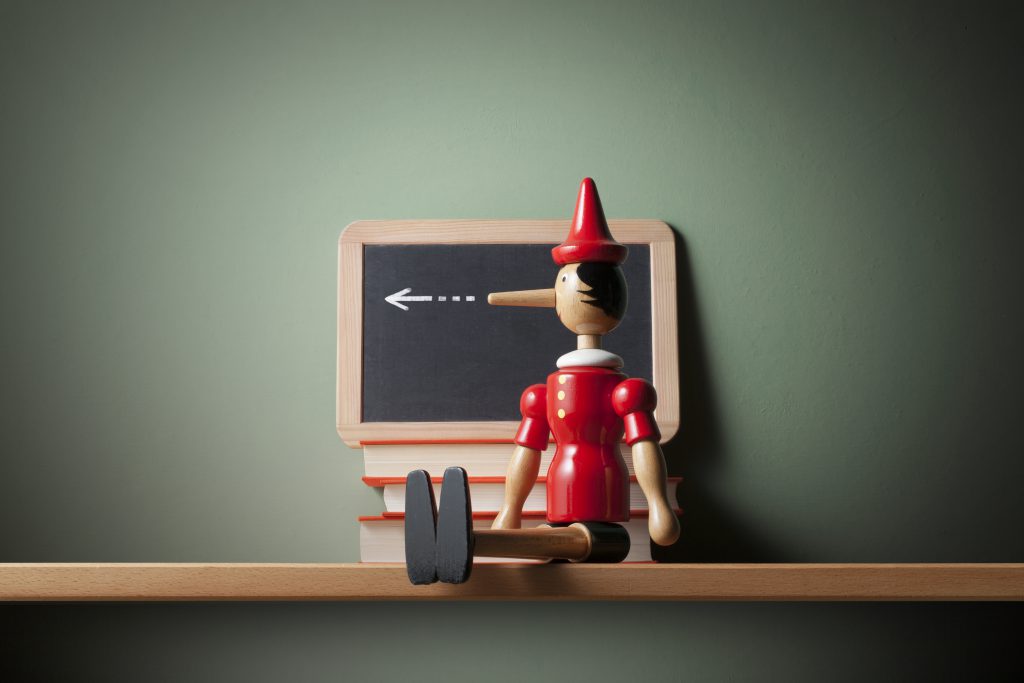 You might expect students who grew up being praised for their intelligence to be confident in their ability to take on the world, but new research published in Psychological Science suggests that telling children how smart they are may make them more likely to cheat.

Researchers examined the link between ability-related praise and morality by playing a guessing game with 300 preschool children, between 3 and 5 years old, in eastern China. During the “practice” trial, children were asked to guess whether a hidden playing card was numbered greater or less than 6. No matter what the children said, the experimenters told them they were correct, but their exact phrasing varied across three randomly assigned conditions.

Children assigned to the ability group were told “You are so smart,” while their performance condition peers were told “You did very well this time.” Children in the baseline group received no praise at all.

Then, the “real” guessing game began. The experimenters told the children that they would win a prize if they guessed correctly at least three out of six times. The children made their guesses and learned that they had supposedly guessed the card’s value correctly in only two out of five trials. Then, the experimenters selected a sixth card, placed it on the table, and made up an excuse to leave the room after the child promised not to peek.

Based on hidden camera recordings, just over 40% of children in the unpraised and performance groups snuck a look the card. Children who heard how smart they were, on the other hand, cheated nearly 60% of the time. Boys also peeked more than girls under all three conditions, with little difference between age groups.

“The reason children become more inclined to cheat after being told that they were smart is that children associate the generic ability label ‘smart’ with who they are, not what they just did,” said co-author Kang Lee, a professor of psychology and human development at the University of Toronto.

This can put the child under pressure to maintain their supposed reputation for being smart, even if that means cheating. Previous research on learning and motivation has also suggested that a reputation for intelligence can lead children to avoid challenges, said co-author Gail Heyman, a professor of psychology at the University of California, San Diego who studied the “growth mindset” under Stanford researcher Carol Dweck as a student.

Heyman said that praising specific outcomes (“You did a nice job on the project”) and asking process-focused questions (“How did you figure that out?”), rather than remarking on a child’s general ability, can encourage children to take on difficult tasks.

Then, the “real” guessing game began. The experimenters told the children that they would win a prize if they guessed correctly at least three out of six times. The children made their guesses and learned that they had supposedly guessed the card’s value correctly in only two out of five trials. Then, the experimenters selected a sixth card, placed it on the table, and made up an excuse to leave the room after the child promised not to peek.