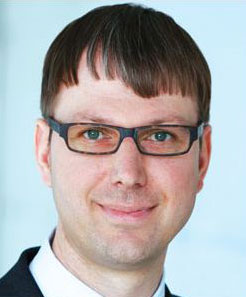 No jar exists that is large enough to contain Planet Earth. Most social and behavioral scientists who study the planet as a whole concede that they can’t set up controlled experiments like scientists who study animals or humans in the laboratory. But one sociologist believes that scientists can build that jar — inside a supercomputer.

Dirk Helbing, from the Swiss Federal Institute of Technology in Zurich, has a goal to build what he calls a Living Earth Platform — a simulator that replicates everything that is happening on Earth.

With this simulator, researchers could tackle questions about how human societies function on a planetwide scale. They could search for behavioral solutions to large-scale problems, such as global warming or a flu outbreak. They could also use it to anticipate famines by tracking food production or spot the beginnings of a financial crisis.

Before all those lofty goals can be achieved, Helbing and his team have to identify the data they need, and figure out how to collect it in one location. So far, they have identified several online data sources — Wikipedia and Google Maps, for example — that can be fed into the simulation, but the challenge will be to build supercomputers that are capable of weaving these massive amounts of data together. The technology doesn’t exist yet to handle such complex calculations, but that hasn’t stopped Helbing and his team.

Helbing believes that the technology to make the project a reality will be available in the coming decade, and that using it to recreate the Earth inside a virtual jar will ultimately be worth it.

The Living Earth Platform is a project of FuturICT, a collaboration of European scientific organizations.

Dirk Helbing, Scientific Coordinator, Swiss Federal Institute of Technology in Zurich, will present ‘FuturICT: New Science and Technology for a More Resilient and Sustainable Future’ at the 24th APS Annual Convention in Chicago on Friday, May 25 at 11:20 am in Sheraton Ballroom IV.

Publications > Observer > Observations > Planet in a Jar: Studying Behavior on a Worldwide Scale