It’s been 13 days since the Malaysia Airlines flight vanished. In that time, there have been hundreds of news reports positing different theories about its whereabouts and its fate. But by virtue of the fact that the plane is still missing, each of those stories is based on circumstantial evidence — no one truly knows what happened, and the leads and hypotheses that seemed plausible for Flight 370 a week ago have since changed.

This is an especially trying situation for those with family or friends on board — people who want nothing more than to hear a clear-cut story about the fate of their loved ones. 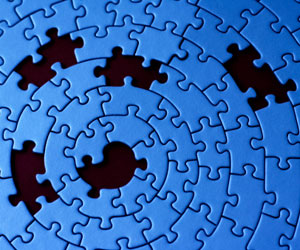 As consumers of the news information, how are we to make sense of so many different reports based on so little evidence? Research has shown that people tend to rely on the first information they hear even after it has been invalidated by other facts.

For instance, if you first heard that the Malaysian flight went missing because of terrorist foul play or a mechanical failure, you might be biased toward those conclusions even in light of newer, contrary evidence.

But more specifically than that, studies have shown, people tend to rely on that corrective information only if it completes a narrative of the event, if it fills in the necessary gaps. People prefer to have an incorrect narrative of an event so long as that narrative isn’t incomplete. Rather than acknowledging a void in a story, we strive to fill in a gap with information (correct or otherwise).

Ullrich Ecker, Stephan Lewandowsky, and Joe Apai of the University of Western Australia explain this phenomenon in a recent article published in The Quarterly Journal of Experimental Psychology:

“To illustrate, if a person is initially suspected of a crime, people’s belief in that person’s guilt may persist even when an alibi is presented, but it will be significantly reduced if the alibi is accompanied by presentation of an alternative suspect.”

These three researchers conducted several studies to explore misinformation concepts, specifically as they relate to a plane gone rogue.

Because research had shown that emotional events tend to be remembered more easily than neutral ones, Ecker and colleagues wanted to explore whether an emotionally-charged news story — such as a plane crashing due to terrorist activity — would sway people to hold on to initial misinformation in light of new and corrected evidence. It’s possible, for instance, that emotional information is harder to correct than neutral information, even if the alternative evidence is the same.

In three studies, the researchers had participants read several reports describing a plane crash. Some of the participants read that it was due to bad weather (the low emotionality condition), whereas others read the crash was due to terrorist activity (the high emotionality condition). Then the participants were given a corrective piece of information afterward: That, in fact, the plane crash was caused by a mechanical failure, not by terrorists or bad weather.

“We presented information to participants in a way that resembles the typical presentation of information in newspapers and the media in general,” the researchers write. “Indeed, real news reports contain corrections and retractions in themselves very frequently.”

Ecker and colleagues found that the emotional intensity of the story (that is, whether it was terrorists or bad weather) didn’t affect people’s tendency to “hold on” to that original, falsified information. Everyone was equally likely to hold on to that info, even when presented with more accurate evidence.

The researchers also replicated a known limitation of corrective information: A correction on its own did not reliably enable people to discount the initial misinformation. Rather, dismissing that misinformation was only successful when the correction was accompanied by a causal alternative — a piece of information that filled in the narrative’s gap, so to speak.

Specifically, when people were told that “the actual cause of the crash was determined to be a faulty fuel tank,” they relinquished their belief in what they had been told initially more than another group of people who were simply told that the initially-presumed cause “was not to blame.”

One can’t be surprised by the human tendency to hold on to initial information, even if it’s not entirely accurate. After all, it’s the not knowing that hurts the most for the parents, the siblings, and the spouses of the 239 people on Malaysia Airlines Flight 370.

Perhaps it’s the emotionality of the situation that makes it harder for individuals to let go of the falsified information. A plane crash involving people may strike a stronger cord than a drone crash with no human lives lost. A similar study with a drone crash may yield different results.