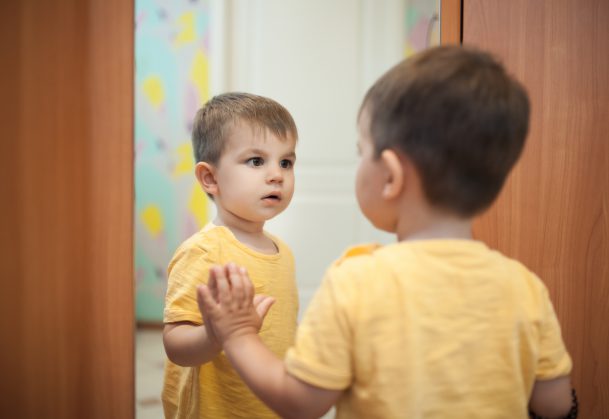 Using brain imaging to examine neural activity associated with our ability to distinguish the self from others may offer scientists a relatively accurate tool to identify children with autism spectrum disorder. “Our brains have a perspective-tracking response that monitors, for example, whether it’s your turn or my turn,” lead researcher Read Montague, professor at Virginia Tech Carilion Research Institute, said in a statement. “This response is removed from our emotional input, so it makes a great quantitative marker.” he said. “We can use it to measure differences between people with and without autism spectrum disorder.”

In previous brain imaging research using functional MRI (fMRI), Montague and colleagues found relatively increased levels of activity in an area of the brain called the middle cingulate cortex when it was the participant’s turn in to play in a turn-taking game. The researchers hypothesized that this brain area may contribute to our ability to distinguish between the self and others and more recent findings seem to confirm this, showing similarly increased activity in the middle cingulate cortex when participants are presented with images of the self in comparison to images of other people.

Intriguingly, a 2008 study in which participants had to imagine themselves executing various physical actions indicated that activity in the middle cingulate cortex in participants with autism spectrum disorder was associated with severity of their symptoms — a relatively lower response correlated with more severe symptoms.

To test this hypothesis, the researchers had children lie in an fMRI scanner and showed them 15 images of themselves and 15 images of a child matched for age and gender. The images were displayed for 4 seconds each and they were presented in a random order.