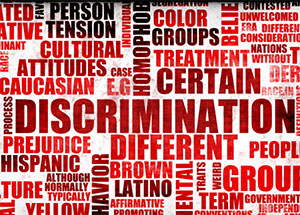 Studies have indicated that prejudice is more prevalent among people from lower social classes, but researchers are still struggling to understand what might account for this association. In an article published in the European Journal of Social Psychology, a team of researchers led by Héctor Carvacho of Bielefeld University, Germany, examine the role of two ideological attitudes — right-wing authoritarianism (RWA) and social dominance orientation (SDO) — in linking aspects of social class to increased levels of prejudice.

People who are high in RWA tend to be willing to submit to authority figures they deem legitimate, adhere to social conventions and norms, and be aggressive towards people who violate societal norms or values. Being high in RWA often means viewing the world as a threatening place and finding security in the maintenance of social norms and the status quo.

SDO refers to a person’s psychological orientation toward acceptance or rejection of intergroup hierarchy; that is, does a person prefer relations to be equal between groups or prefer a hierarchy between groups? Those who score high in SDO prefer hierarchical social systems and tend to view the world as competitive in nature.

Based on past research examining the relationships between RWA, SDO, social class, and prejudice, the Carvacho and his coauthors posited that deprivation experienced by people from low social classes could heighten their perception of the world as threatening and competitive — views which are linked to intergroup conflict and prejudice against others.

The authors completed a series of four studies conducted with participants from five different countries. In these studies, participants were assessed for RWA, SDO, prejudice, and racism towards a variety of different groups (e.g., the homeless, foreigners, people with disabilities, etc.), and for their income and education level. The authors used structural equation modeling to assess the relation between social class (i.e., income and education), RWA and SDO, and prejudice.

These findings suggest that lower social class is linked to greater endorsement of social hierarchy and a desire for maintenance of the current social order, views which can lead to intergroup hostility and prejudice against others.

You might find this link on how wealthy people are liars, thieves and cheats interesting. Perhaps people from lower socio economic classes merely know the truth that rich people deny. http://dailyoftheday.com/new-study-at-cal-berkeley-shows-that-rich-people-are-jerks/

This is pretty stupid. Yo, you’re not even taking into account that your sample has like 5 people. There is no way that dataset is representative of actual real life environments.

Let me take a guess that an educated middle class person wrote this, and came rather unsurprisingly to the idea that poorer (white?) people are more prejudiced than middle class people?! What a surprise there. Not.

This article is full of sweeping prejudicial generalisms. All people are competitive and see threats according to their environment, not just those of lower socio economic levels. There are higher levels of this and psychopathy amongst high achievers ((ie: middle & upper class higher earners, also more alcoholism and drug abuse due to pressures and disposable income).

In the UK records are only kept on the poor where access to governmental and authoritarial housing services are logged and monitored, not private ones. People in authority tend to come from middle and upper socio economic groups with their own prejudices, limited experiences and views within that sphere. They are less likely to have powerful connections and access to legal powers so less of a threat to those in authority where high levels of prejudice always exhibit themselves in studies (see the ‘Stanford Prison Experiment’ and the ‘Milgram Electro-Shock Experiment’ where these outcomes replicate across the decades, cultures, races, etc. ALL people have prejudices.

Poorer people are more likely to be oppressed by limited resource access due to low socio economics and, therefore, have no real control over their environment except when high numbers suffer oppression and social benefit exclusion due to low wealth. At the moment, the socio-economic divide is greater than it’s been for decades (since the 1950’s and 70’s statistically), so, currently, there is a lot of social unrest globally. As with the currently increasing wealth divide.

This really is a lazy article.

People who suffered a financial, housing-related, or job-related hardship as a result of the Great Recession were more likely to show increases in symptoms of depression, anxiety, and problematic drug use several years after the official end of the recession. More