APS William James Fellow Elissa Newport of Georgetown University and APS Fellow Michael Kahana of the University of Pennsylvania both received special awards at the 2018 Annual Meeting of the Society of Experimental Psychologists (SEP), held March 2-3 at the University of Arizona. APS Fellow Mary Peterson of UA served as chair of the event. 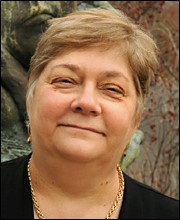 Newport received the Norman Anderson Lifetime Achievement Award for her lifetime of profound theoretical and empirical contributions to the study of language acquisition and its relation to constraints on learning. Newport studies both normal language acquisition and creolization using miniature languages presented to participants in lab studies. One of her best-known contributions to the language research field is the Less is More Hypotheses, which holds that children are better at learning languages than adults because they have fewer cognitive resources available to bog them down. Her studies have shown children who begin learning a language in childhood show far better proficiency in both their first and second languages than adult learners. 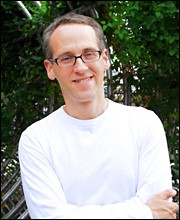 Kahana received the Howard Crosby Warren Medal for his fundamental contributions to the formal modeling of retrieved context information in memory and his discoveries in the human neuroscience of memory. Kahana’s research covers episodic, spatial, and recognition memory. His previous honors include the 2010 Troland Research Award from the US National Academy of Sciences. .

Topics addressed in the conference presentations included: memory systems for statistical learning; deep predictive learning of visual streams; Bayesian analyses of the likelihood of DNA contamination in criminal proceedings; the nature of umpiring biases in baseball; optimal training examples in natural-science category learning; the nature of V4 representations in visual processing; and evidence for plasticity in the brain regions responsible for language processing in young children.