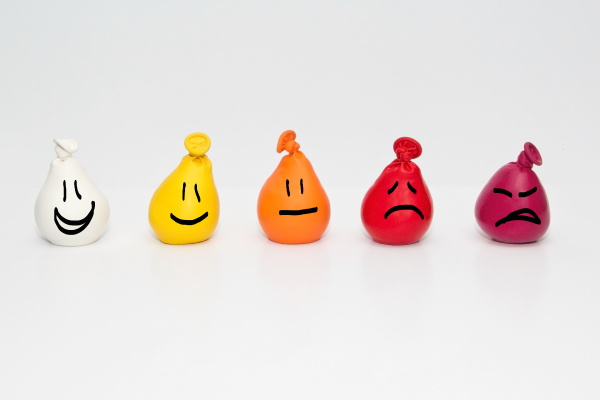 Therapy offers numerous benefits to patients, whether pursued with the aim of addressing a specific disorder or simply taking stock of where they are in life. But it comes with its own set of challenges as well. Up to 17% of patients report unwanted side effects, including worsening symptoms, while seeking psychological help from a professional. A study in Clinical Psychological Science suggests these side effects may arise in part from practitioners misinforming them about the severity of their symptoms – even when there is no social pressure to accept that feedback.

“People find it difficult to calibrate symptom intensities,” wrote Daniel van Helvoort, Henry Otgaar, and Harald Merckelbach of Maastricht University, the Netherlands. “We speculate that this is due to the ambiguous nature of symptoms, which may make people sensitive to misleading feedback.”

Many self-reported symptoms are vague sensations, making perceptions of them particularly susceptible to misinformation, the researchers explained. A patient who reports feeling unusually tired may experience a worsening of this symptom if they receive exaggerated feedback from a practitioner suggesting they may actually be suffering from severe fatigue, for example.

This effect can be heightened by the fact that an authority figure is providing the misinformation, potentially pressuring the patients to accept erroneous feedback, but that’s not the only element at play.

To tease apart the effects of social pressure from that of symptom misinformation itself, Helvoort and colleagues put 80 university students through two tests in the lab. To obscure the fact that they were studying how participants’ symptoms changed over time, and thus reduce any social pressure to conform with the experimenters’ feedback, the researchers employed both a cover story (that they were studying student stress in order to enhance on-campus counseling) anda red herring (that they were actually studying test-retest reliability). Additionally, they framed each test as a trial run for an algorithm in development, and actively encouraged participants to voice any concerns about their results, further reducing the social pressure to conform.

In the first stage of the study, participants completed a distractor survey on stressful student experiences, as well as a Checklist for Symptoms in Daily Life (CSDL) measuring the frequency at which they experienced 39 symptoms including tension, chills, and sleepiness throughout the previous year on a scale of 0, never, to 5, very often.

After completing this test, participants were shown a mock computer program that displayed scores for six randomly selected symptoms. Four of those symptoms displayed accurate feedback based on participants’ survey responses, and two displayed scores that had been inflated two points on the scale. The researchers read the score for each of the six symptoms aloud, reacting with surprise and appreciation if the participant rejected the inflated score by disagreeing with the algorithms’ output or remembering that they had responded differently. The participants were also asked to write about recent occasions when they experienced these symptoms.

Finally, after receiving the symptom feedback, participants retook the CSDL in order to “further calibrate the algorithm” and took surveys measuring their experiences with dissociation and alexithymia (difficulty identify emotions).

Acceptors’ scores during the second test were also found to be nearly a point higher on average for inflated symptoms than those of rejecters. Acceptors’ and rejecters’ self-reported levels of dissociation and alexithymia were not significantly different, however, suggesting that the groups perceived themselves to be equally good at sensing their internal state.

During exit interviews, the majority of participants reported believing either the cover story or the red herring, suggesting the measures successfully minimized the impact of social demand on their responses.

The field of psychological science is just beginning to pay attention to symptom worsening during psychological treatment, the researchers said. Further research is needed on how misleading feedback may influence more objectively measureable symptoms such as heartbeat, as well as how this feedback may change how people recollect symptom severity in the past. Symptom misinformation may also have different effects on people diagnosed with mental illnesses or with less education.

“Symptom worsening during psychological treatment… is often seen as an artifact that is explained away with the “no-pain no-gain” doctrine,” wrote Helvoort and colleagues. “Our findings may help to understand [the] effects of psychotherapy.”

I chalk the ‘it will get worse before it gets better’ effect up two things: 1. we often use avoidance and distraction when we don’t feel well, meaning we don’t fully appreciate the nature or severity of our misery (we are motivated often to paint it as less serious), and, 2. nature has equipped us with natural coping mechanisms (the above included) that entering therapy often strips away, leaving us temporarily more vulnerable, or out-right criticizes and demeans.