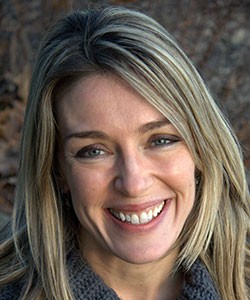 An article by Abigail A. Marsh of Georgetown University has been recognized with the 2014 Cozzarelli Prize for excellent, original work published in the Proceedings of the National Academy of Sciences. Marsh coauthored the article “Neural and Cognitive Characteristics of Extraordinary Altruists” with her Georgetown colleagues Sarah A. Stoycos, Kristin M. Brethel-Haurwitz, John VanMeter, and Elise M. Cardinale, along with Paul Robinson of the University of Washington. They received the Cozzarelli Prize in the category Behavioral and Social Sciences.

In their prize-winning article, Marsh and her coauthors describe their use of structural and functional brain imaging to study “extraordinary altruists,” specifically people who donated kidneys to strangers, reducing their own welfare in order to improve the welfare of another person whom they did not know. The team discovered that in comparison with control subjects, extraordinary altruists displayed heightened activity in the right amygdala in response to fearful facial expressions, a response that indicated heightened sensitivity to such expressions. The extraordinary altruists also tended to have larger right amygdalae than control subjects. These results contrast with the “reduced amygdala volume and reduced responsiveness to fearful expressions observed in psychopathic individuals” (15036).

The researchers hope that their observations will lead to further investigations of the neural mechanisms that support altruism, a phenomenon of interest to evolutionary biologists, psychologists, economists, and other scientists.