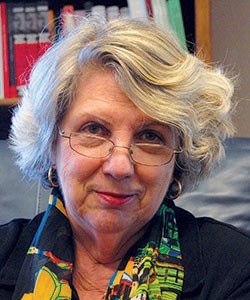 APS Fellow Marsha M. Linehan, director of the Behavioral Research and Therapy Clinics at the University of Washington, is the recipient of a 2014 APS James McKeen Cattell Fellow Award. Linehan will give an award address at the 27th APS Annual Convention in 2015 in New York City.

In a 2010 Champions of Psychological Science interview published in the Observer, Linehan spoke about formulating a successful treatment for borderline personality disorder, a condition well known to be difficult to combat. She said she consulted a Catholic priest who was also a Zen master for several years, learning the art of acceptance and then applying it in a way that would be useful to both practitioners and patients. This practice, called “mindfulness,” is still widely touted and employed in the psychological scientific community.

Linehan has also founded two planning groups, the Suicide Strategic Planning Group and the DBT Strategic Planning Group, with the goal of creating new strategies and methods to address suicidal behavior. The groups further aim to convene experts who can both evaluate the current state of research and assess what still must be done to create effective treatment options for suicidal patients.

Such models, research, and reformulation seems necessary, as stigma still exists for mental disorders. I know first hand the experience of suicidal thinking, especially as it applies to chronic illness.

Eight psychological scientists have been selected as the recipients of the 2020 APS Janet Taylor Spence Award. More