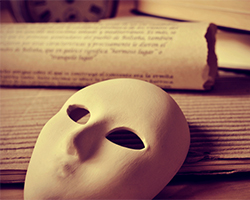 Actors are a group of people rife for research opportunities because their profession requires that they remember vast amounts of ever-changing information — and recite that information at a moment’s notice. In a recent study in the journal Cortex, researchers Michael Kopelman (Kings College London) and John Morton (University College London) used the unique experiences of an actor with amnesia to better understand learning in individuals affected by the syndrome.

In the past 15 years, several studies have examined the impact of hippocampal and medial temporal damage on the learning of semantic information — information relating to general facts and meaning. In these studies, patients, despite their amnesia, were able to learn items such as three-word sentences, word–picture associations, famous names and faces, and household objects. The patients’ success was interpreted as supporting the notion of learning aided by the anterior/inferior/lateral temporal lobe neocortex.

Criticisms of these studies include the fact that they employed very simple tasks and that the learning was demonstrated through forced-choice tasks, cued recall, or familiarity judgments rather than through free recall. The ability to test an amnesiac patient whose real-world profession involved learning and recalling complex material presented an opportunity for the researchers to engage in a more robust test of learning in amnesia.

Patient AB was a professional actor of major prominence who had performed in plays, films, and television programs. During a public meeting in 2005, he suffered a cardiac incident which resulted in hypoxic brain damage to the medial temporal and thalamic structures; at the time of testing in 2006, AB showed severe memory impairment. The researchers used AB’s résumé to pick passages (with an average length of 46.4 words) from 27 stage plays. Thirty-two passages were from plays in which AB had performed and 22 were from plays in which he had not performed.

During the experiment, AB was shown a passage from a play and was asked to read it aloud before trying to recall the name of the play, information about the author and characters, and whether he had previously performed the play. If he reported having played the role, he was asked to recall autobiographical memories and semantic facts relating to the time of the performance.

After the first test, AB was asked twice more to read the passage and try to recall it. At the end of the recall task, AB was told the name of the play and again was asked whether he had performed in it. If the answer was now “Yes,” he was asked once again to recall autobiographical memories and semantic facts relating to the time of the performance. One week later, AB was retested on a small subset of the same passages from the previous trials. Five actors of similar eminence and experience also performed the task and served as comparison subjects.

Even though AB initially did not remember having performed any of the passages, he showed significantly better recall of lines from plays he had been a part of; however, after the first trial, the rate at which he learned (or relearned) the lines was essentially the same for previously performed and nonpreviously performed plays. His retention for lines 1 week later was good: Although AB showed reduced recall of the passages as compared with nonamnesiac peers, the slope of his learning was approximately parallel to theirs, indicating that his rate of learning was unimpaired.

The authors suggest that the rehearsal involved in memorizing the lines of a play is likely to involve both the extraction of meaning (semantic learning) and the anchoring of that meaning in an autobiographical context; therefore, this type of learning requires parallel semantic and episodic components. The semantic and procedural skills that AB used during his time as an actor to parse and extract information from passages may have allowed him to remember more at the time of first testing than he might have done otherwise and also potentially helped him chunk information in a way that aided his retention and recall. This, combined with implicit knowledge surrounding the autobiographical context of passages (even if it was no longer consciously available to him), may have contributed to the rather normative learning curve he demonstrated across test trials.

Precise and to the point.

This will prepare students to understand how all parts of the brain contribute to behavior.

APS William James Fellow Brenda Milner has received the 2014 Kavli Prize in Neuroscience. Milner is a neuropsychologist at McGill University, Canada, known for her work with the patient H.M., who experienced impaired memory after

The Grawemeyer Foundation has named APS Fellow Antonio Damasio, whose research suggested emotions have a critical effect on reasoning and decision-making, the recipient of the prestigious 2014 Grawemeyer Award for Psychology. Damasio, David Dornsife Professor