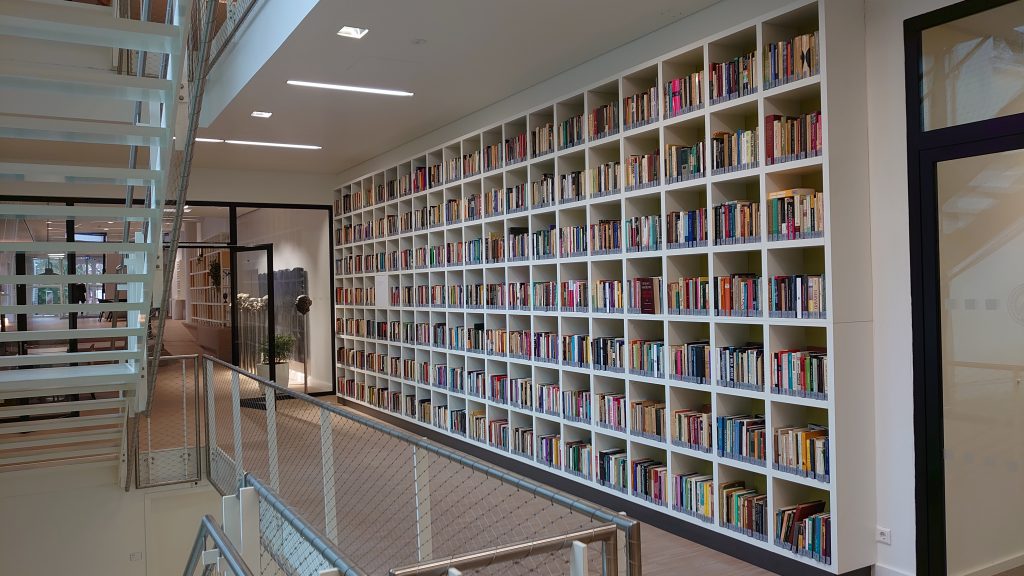 The Jerome Bruner library opened January 8, 2020 at the Max Planck Institute for Psycholinguistics in Nijmegen, the Netherlands, making the celebrated psychological scientist’s personal collection of over 3,200 books publicly available to scholars for the first time.

The library “is a lasting tribute to one of the greatest scientists in our field, reflecting his rich mental world and his worldwide scientific network,” said Willem “Pim” Levelt, founding head of the Institute. “There is no other accessible personal library which so well reflects developments in the social sciences, in particular the cognitive sciences in their full breadth, since World War II.”

An APS William James Fellow, Bruner served as chair of the Institute’s Scientific Council from 1977 to 1990 and was known worldwide for his contributions to cognitive psychology and the science of perception before his passing in 2016.

The Bruner catalog can be accessed through the Max Planck Institute Library.

Bruner’s research on learning established three modes of knowledge acquisition – enactive action-based learning, iconic image-based learning, and symbolic language based learning. His constructivist theory of learning, also known as discovery learning, built on this foundation by further emphasizing the role of students as active learners who build knowledge by engaging with the educational process, rather than passively absorbing it from teachers. His work also highlighted the social nature of learning, including how the teacher-student environment functions as an essential “scaffolding” for education.

“Jerry’s curiosity was cosmic and insatiable,” wrote Anthony Amsterdam (New York University School of Law) for the APS Observer in 2017. “No precept or principle, theory, text, or brute fact was armored in a shell that could resist his fascinated penetration. Brilliant as he was, the depth and clarity of his insights were matched only by the breadth of his excitement and concern, his instinctive and irrepressible intellectual stance: homo sum, humani nihil a me puto alienum.”

Or, “I am human, and I think nothing human is alien to me.”

APS Fellow Patricia Marks Greenfield (University of California, Los Angeles) noted Bruner’s “seminal contributions to an astonishing number of fields” as well as his support to her as both mentor and friend. She remembered sharing with him her newfound love of rowing. “Before I knew it, he had gone to Florida and taken a sculling class…. Over the years we enjoyed rowing together in Vermont and Los Angeles.”

Levelt also contributed to the tribute. In Bruner’s service on the Max Planck Institute’s Scientific Council, he “was generous with his ever-stimulating ideas, with his precious time, and especially with his personal, cordial attention.” And referring to the collection that is now at the Institute, Levelt described “a fascinatingly rich collection of cognitive psychology, linguistics, psycholinguistics, developmental and educational psychology, anthropology, and philosophy — beaming Jerry’s great intellectual breadth. Many books contain personal dedications from their authors, such as in George Miller’s, Alexander Luria’s, and Jean Piaget and Bärbel Inhelder’s books.”

For more on Bruner’s life and work, watch the APS video, Inside the Psychologist’s Studio with Jerome Bruner, or read Remembering Jerome Bruner in the APS Observer, a collection of remembrances by friends and colleagues.