Publications > Observer > Observations > I Trust You to Disagree: Caring May Signal Integrity Across Political Lines 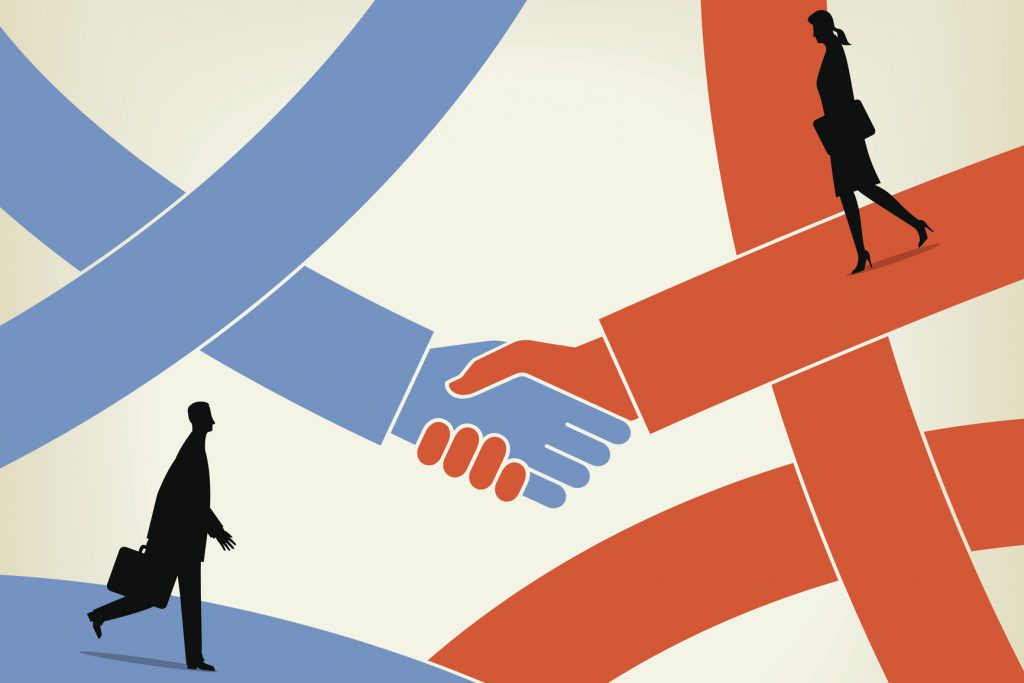 Divisive political issues can often lead us to disparage or dismiss the opposition, but research in Psychological Science suggests that we may still perceive those we can trust to disagree with us as having greater integrity than “fence-sitters” who have no strong feelings either way.

“The signal inherent in caring about a social issue might transcend specific disagreements, acting as an indicator of the target’s moral character,” writes Julian J. Zlatev, a professor of business administration who studies moral judgment and negotiation at Harvard University.

This integrity-based trust reflects our perception of how likely a person is to stick to their principles when faced with outside pressure, Zlatev notes, and is not necessarily linked to the level of benevolence-based trust we feel for a person, which reflects perceived kindness and positive intentions. For example, people often view politicians who “flip-flop” on an issue to be hypocritical, and thus untrustworthy, even when they agree with the politicians’ new stance.

“This suggests that it is holding a belief in and of itself, rather than the specific content of that belief, that engenders trust,” Zlatev writes.

Zlatev investigated the dynamics of integrity-based trust through a series of five experiments involving a total of 3,817 participants. In the first study, 1,007 online participants read about a fictional co-participant’s stance on a particular issue (capital punishment, abortion, gun control, animal testing, or physician-assisted suicide) and rated how much integrity they thought their hypothetical partner had. Participants then reported their own opinion on the legality of the issue and noted how strongly they felt about it.

In a follow-up study of 996 participants, Zlatev once again found that individuals’ reported level of caring about an issue was tied to their perceived integrity. This time, participants were introduced to a hypothetical individual named Jamie who either supported or opposed capital punishment, and were shown a randomly generated number ranging from 1 (indicating “Jamie cares very little about this issue”) to 100 (indicating “Jamie cares very much about this issue”).

Plotting participants’ ratings of Jamie’s integrity alongside how much he supposedly cared about the issue of capital punishment revealed evidence of a monotonic relationship – that is, as caring increased from 1 to 58, it was accompanied by an increase in perceived integrity, which plateaued at higher levels.

Taken together, these findings suggest that a person’s level of caring about an issue and whether or not they agree with us may serve as distinct considerations that factor into in our assessment of others’ trustworthiness, further distinguishing between benevolence and integrity-based trust, Zlatev writes.

“People trust others who demonstrate strong feelings about social issues, even when they disagree with or dislike them,” he concludes.

Political polarization has increased substantially in the United States and other countries over the past several decades, Zlatev notes, and future research could explore whether emphasizing mutual caring about divisive social issues could help bridge those divides.

Publications > Observer > Observations > I Trust You to Disagree: Caring May Signal Integrity Across Political Lines