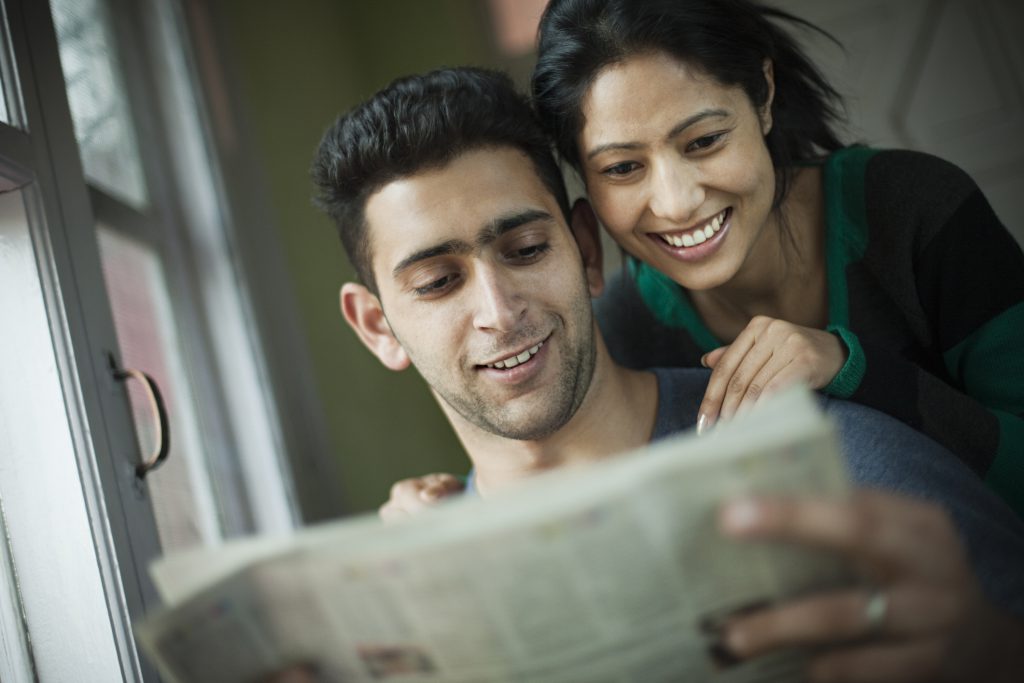 A simple enough task, it would seem, but when you reach out across the table to offer the scissors, how do you know what your crafting companion is seeing? In this case and many others, visuospatial perspective (VSP) taking facilitates interactions not only by allowing us to account for whether someone can see an object such as a pair of scissors but also how the scissors appear from their point of view, according to research in Psychological Science.

“In many everyday situations we need to take the perspective of someone else, and that needs to happen in split seconds,” says co-author Martin Freundlieb, a postdoctoral researcher working at the Social Mind Center at Central European University in Budapest. “In the motor domain, knowing where your left and your right is will greatly help me when I want to pass you a ball or hand you a knife.”

With that in mind, Freundlieb, alongside Ágnes Kovács and Natalie Sebanz, professors of cognitive science at CEU, sought to determine what role VSP taking plays in the mental domain through a series of experiments on partnered reading.

The results revealed that participants read and responded to words significantly faster in the congruent condition, suggesting that VSP taking may occur not only to aid interaction in physical space, but also to enable interpersonal communication in mental space.

“The propensity to adopt other people’s VSP therefore helps overcome differences not only in the ways in which our bodies relate to the world, but also in the way our minds process information, helping to create shared meaning,” the authors write.

Participants’ responded faster on congruent trials even when the confederate partner was not actively engaged in the reading task, but not, notably, when the confederate was blindfolded. This, Freundlieb says, suggests that VSP taking in the mental domain requires someone else to have visual access to a stimulus. Written words in particular, the authors note, automatically trigger reading and recognition processes, which may cause participants to reasonably assume that a passive partner is still processing the task on some level – even if they are not actively responding.

Although there has been some evidence that VSP taking does facilitate motor coordination in the physical domain, Freundlieb says, further studies are needed to establish VSP taking’s overall role in facilitating shared activities. Freundlieb says he would also like to investigate whether VSP taking in the mental domain is merely the result of matching the spatial orientation of a partner with visual access to a stimulus with the specific orientation of the stimulus, such as a newspaper, or if it is actually based on imagining how the other person is processing the text from a different perspective.