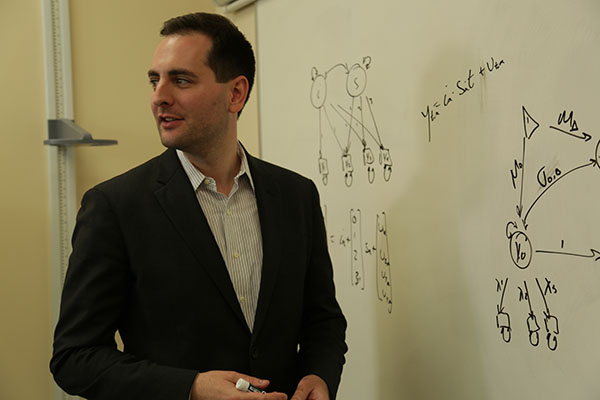 APS Fellow Elliot Tucker-Drob of the University of Texas at Austin has been named a recipient of the Max Planck-Humboldt Medal for his achievements in the fields of personality and developmental psychology.

Tucker-Drob, a 2017 recipient of the APS Janet Taylor Spence Award for Transformative Early Career Contributions, is director of the Lifespan Development Lab at UT Austin and is also a faculty research associate at the Population Research Center. His research addresses the questions of how and why different people progress along different life trajectories. His work on infant, child, and adolescent development primarily focuses on how social and educational experiences combine with individual genetic proclivities and potentials to impact cognitive development, academic achievement, and personality over time. His research on adult aging is primarily concerned with the predictors, patterns, and consequences of individual variation in normative aging-related cognitive declines. In support of this work, he constructs, evaluates, and applies a variety of statistical methods for cross-sectional, longitudinal, and genetic data.

Tucker-Drob co-founded and co-directs the Texas Twin Project, an on-going study of child and teenage twins in Austin and central Texas. The project’s goal is to investigate how twins grow up to be different from each other in some ways, and so similar to each other in other ways.

The Max Planck-Humboldt Medal is granted in recognition of lifetime achievements in research and includes a monetary award of €60,000. In addition, the award winners are invited to carry out research projects of their own choice in cooperation with specialist colleagues in Germany.